Tanzania Beyond Safaris and Zanzibar

Truly not a standard travel stop in cookie cutter Tanzania itineraries, but Ukerewe Island on Victoria Lake is a rewarding trip. Ukerewe Island, when looking on google maps perhaps really looks oddly remote on Victoria lake and probably pulls away many travellers because of the distance, but the fact is, it is not that far once you reach Mwanza!

Ukerewe Island is the largest island on Victoria lake and inland lake in Africa, about 50 kilometers from Mwanza and ferry ride to the island takes on average between 3 and a half hours. Depending on the ferry company. Although 530 km2 in size, the island is simple to navigate around and what is more, most likely no tourists around! 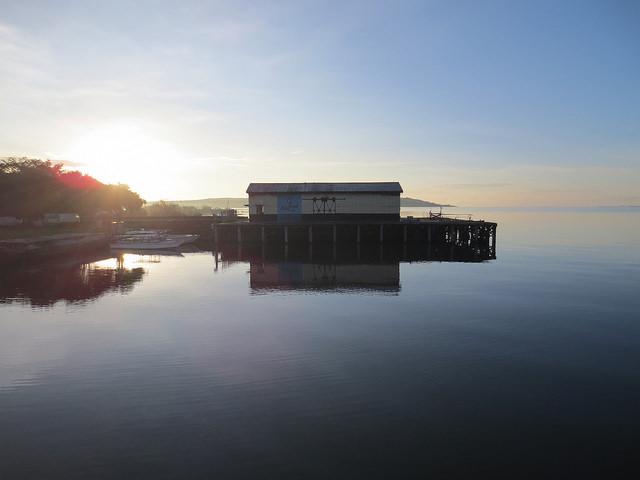 At the time of my visit I haven’t seen any tourists and the feel of the island made me think it s like a little Zanzibar 30 years ago. It’s the place where real rural Tanzania can be experienced. Not too many cars on the island, locals mostly use piki pikis (moto taxis) or bicycles.  And bike is the best choice when it comes to exploring the Ukerewe Island. A daily bike rental rate 1000 TSH which equals around 50 cents.

I had four days on Ukerewe Island and as soon I arrived my friend and  local guide Paschal awaited me at the ferry port to pick me up.

To reach Ukerewe Island, there are several ferry options available from Mwanza. I started my trip to Ukerewe from Arusha, made the trip by bus that took me around 15 hours to Mwanza and later a little less than 4 hours with ferry. 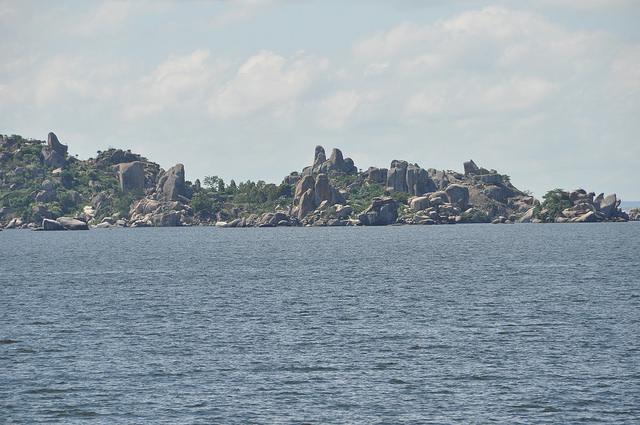 Official bus travel time is about 9 hours but I was a bit unlucky with choice of  the worst bus company (choose anything but Jordan bus company. Isamilo bus company according to my friends has the best bus fleet on this route, prices from Arusha to Mwanza via Singida  start at 30 000 TSH)  that turned out to have the oldest buses in their fleet and our bus broke down three times on the way to Mwanza. Nevertheless, it was in a way an adventure. 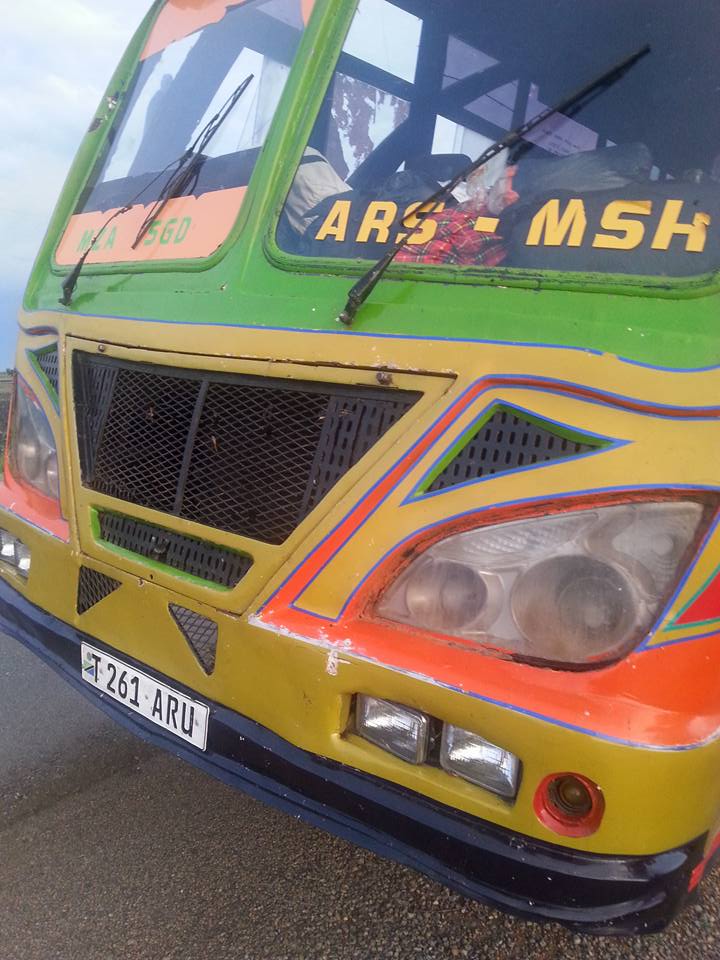 Note: be careful when buying a bus ticket to Mwanza from Arusha – there is another bus route to Mwanza through Serengeti National Park, it takes more than 12 hours. For this ride you need to pay also Serengeti fee, bus ride is on gravel road once in the park, very bumpy, locals mostly use this bus, its overcrowded.

In 2015 this route used to be operated also by low cost carrier Fastjet, but they cancelled it in 2016. Check their website if changes have been made.  In any case, for  route Mwanza to Kilimanjaro Airport I recommend booking Precision air by default. At the time when Fastjet operated,  they  had many last minute cancellations on this route, which I personally experienced. To avoid travel delays, and rebookings and  mailing back and forth for refund go with Precision Air. 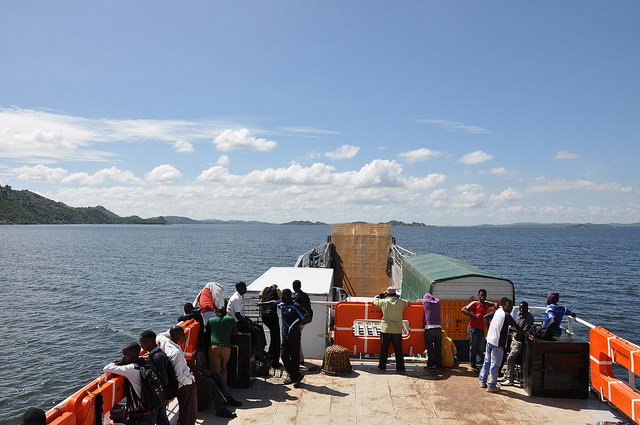 Once in Mwanza, there are several ferry options to reach Ukerewe Island. From Mwanza ferry terminal there are ferries available:

Travellers must present passport upon the purchase of ferry tickets. 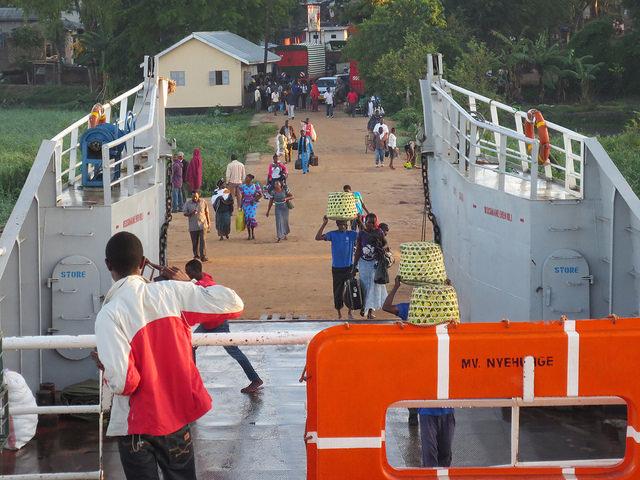 I  used Nyehuenge Ferry, dont expect too much from the boat, it actually looks a little bit scary, very old and rusty. So called “First class” is at the top of the ferry, having about 30 seats only. Since there is no network for a while during the ride to/ from Ukerewe island (at least Vodacom didnt work on the way) its good to bring a book or something to keep you busy for almost 4 hour ferry trip. 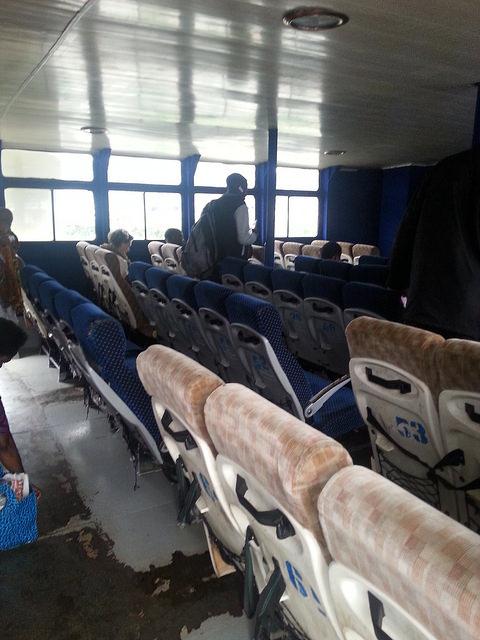 It is good to have some snacks and water with you although you can buy some on the ferry, of course higher price from vendors circulating the ship. Besides the basic snacks there are orange vendors in orange season.

Another option is to catch a ferry from Kisolya-Bunda in Mara region. The ferry takes about 45 mins to reach Rugezi town on Ukerewe, then take a car to Nansio. The ferry ticket cost: 400 Tsh. Timetable of the ferry is not clear but it works in morning, in afternoon and in evenings. So tourists  coming from this direction have to check the  timetable for that day! 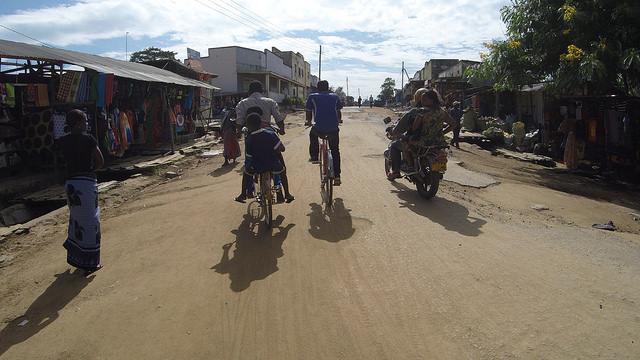 Ukara Island is another less known and much more rural island on Victoria Lake that can only be reached from Ukerewe Island. Only one ferry is available.

In the afternoon, the ferry leaves Bugolola Ukerewe at noon and gets there by 1 pm. Then returns to Ukerewe at 2:00 in afternoon.

In evening, the ferry Leaves Bugolola Ukerewe at 5 PM and arrives there at 6 pm. It returns to Ukerewe the next morning at 8:00. The price is 800 Tsh one way.

Where to Sleep on Ukerewe Island

Sleeping options on Ukerewe Island are quite limited. I stayed in Monarch beach resort, because I like being away from noise and they have access to Victoria Lake beach. Other accommodations besides Monarch are, all in Nansio Town – La Bima Hotel (about 1/2 km from the ferry site),  Holiday Motel  (2 kms from ferry terminal) and  Kondeni Hotel, also about 2 kms from the ferry. All available options are low budget range. 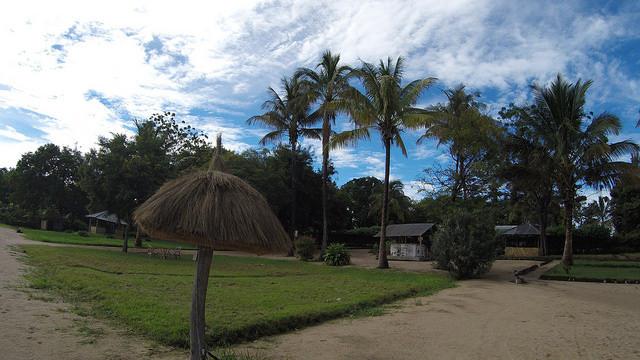 Some places to eat are La Bima Hotel, Pamba Cafe in Nansio town center, and Kondeni Hotel. Prices are cheaper than in the rest of Tanzania, a lunch (tilapia fish with rice, veggies  with drink) would cost somewhere from 7000 TSH.

When is the Best Time To Visit Ukerewe Island

Ukerewe island can be visited any time throughout the year but the best time to visit from May to October, if you are after sunshine. From May to July there is also orange season! I spent my time on Ukerewe in November, which theoretically should be a  rainy season in full swing, but experienced one rain shower for an hour and the rest were sunny, hot days! 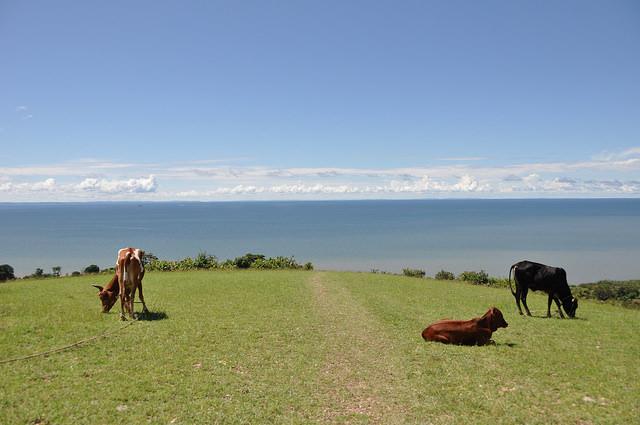 Must Pack for Ukerewe Island 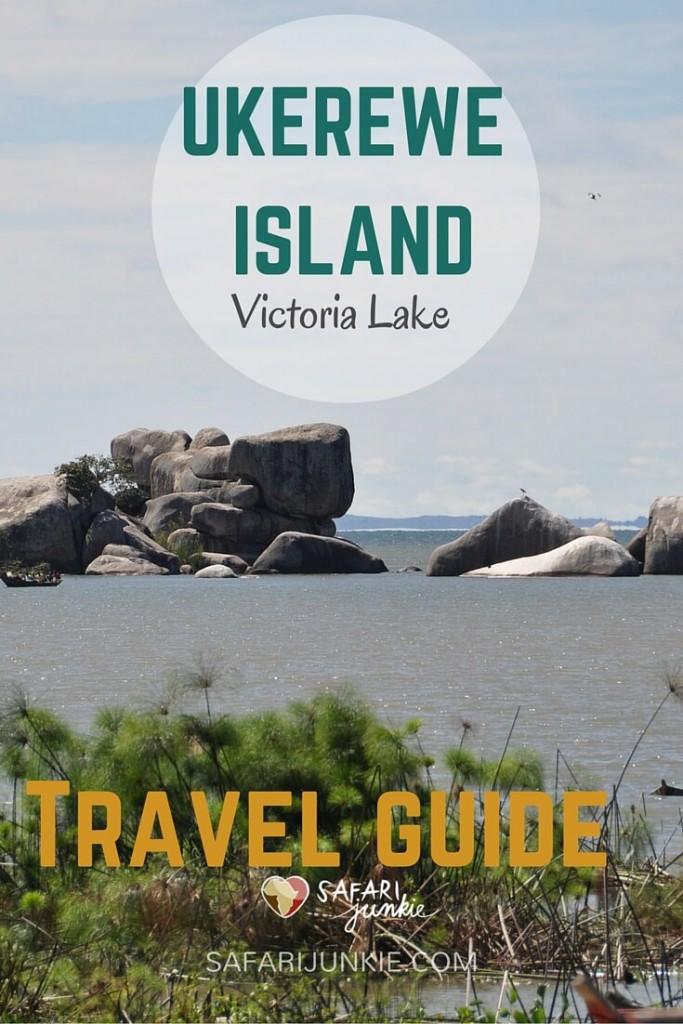