Kiswahili For Travellers Who Want to Impress Locals!

Swahili is a Bantu language and the most widely spoken African language. It is the national and official language of Tanzania and Kenya. It can be also found in all the neighbouring countries towards the West, the South and on islands of the coastline of Eastern Africa (see map below).

The language belongs to the Bantu group of Niger-Congo language family. There are many dialects of Swahili, but the standard Swahili has been taken after the dialect in Zanzibar town. 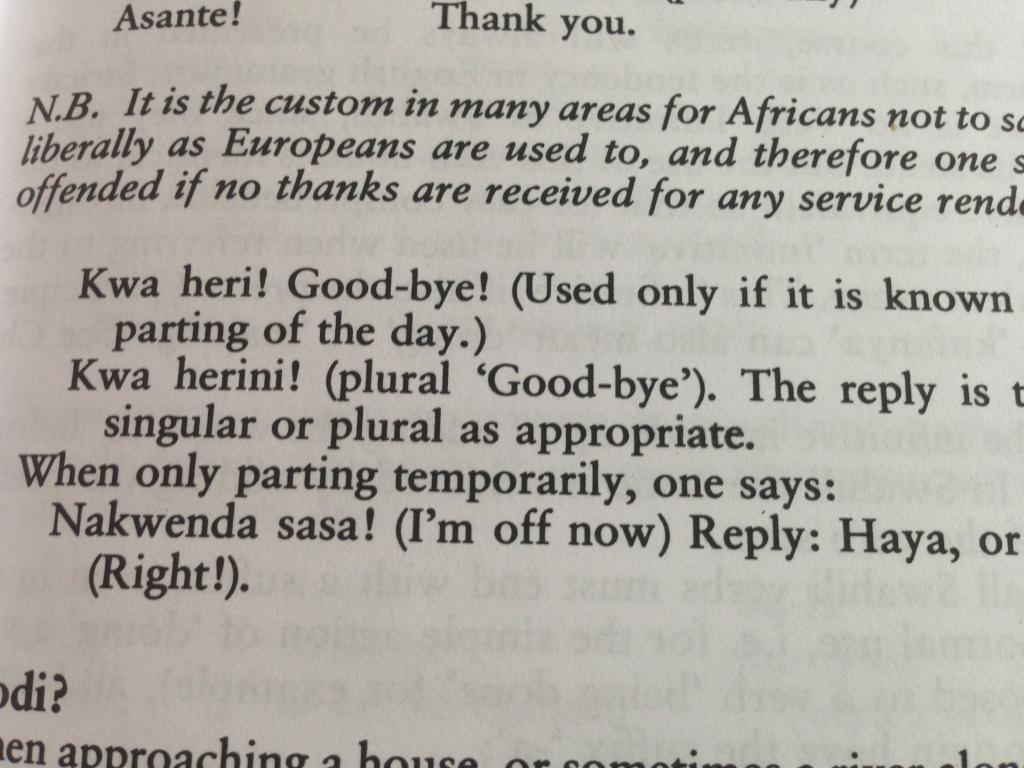 Swahili in its own language is actually called Kiswahili. Swahili has a very unique language structure, but is not difficult to learn.

Although most Kenyans and Tanzanians speak English (especially young people and those ones living in bigger and touristy places), it is always good to know few basic phrases in local language. I do bet that you already know at least one: HAKUNA MATATA, so hakuna matata with learning Swahili!

Swahili For Travelers – Greetings in Swahili

There are (too) many greetings in Swahili since they are very important. The most often greetings are JUMBO and MAMBO, but are only used for tourists. Answer to jumbo is jumbo and answer to mambo is POA. Similar greeting is HUJAMBO, you answer with SIJAMBO (both singular).

You can also greet someone with HABARI, answer is NZURI. SHIKAMOO is a greeting for older people and the answer to it would be MARAHABA. When leaving, one would usually use KWAHERI.

Below  are useful Swahili  words and phrases, much useful for everyday communication with locals while traveling among Swahili speaking countries.