One day Safaris in Tanzania

If you don’t have any other option for longer safaris in Tanzania, there are still day trip safaris available to do on a tight one day schedule.  Lets take a look at Tanzanian national parks that you can visit for a day without too much hassle.

All national parks are suitable for a day safari trip, due to relative proximity to Arusha, except for Ngorongoro,  which  is doable in a day with very, very early start of departure from Arusha.

One Day Safari to Arusha National Park from Arusha 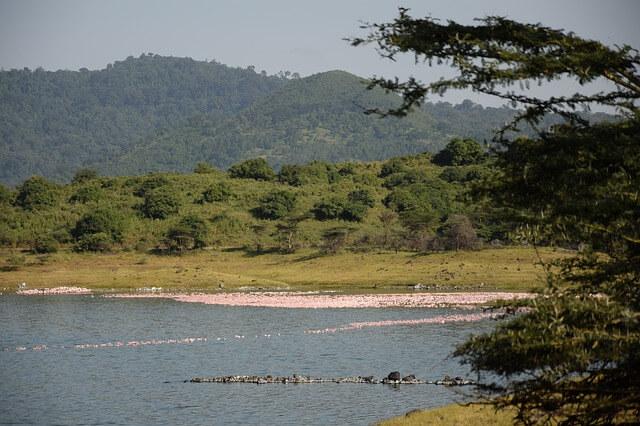 Many travellers  on longer safaris skip this park, because  it doesn’t add too much  game-viewing experience in comparison with Serengeti and other Northern Circuit safari locations. Yet, it is a park to visit if you are stranded with budget or time. Arusha National park is best to visit between June and February.

Wildlife is somehow limited if compared to other parks in Tanzania, no big5 , yet the buffalo, giraffe, zebras and several antelope species are abundant. Arusha NP is also home to Black and white Colobus monkey and large number of bird species. Arusha National Park day safari prices in 2022 move in range from 165 USD for group sharing a car, while solo travellers will pay around 320 to 400 USD.

You can also reach Arusha NP with public transport with one of the dalla dallas on route between Arusha Town and Moshi and get off at Usa River Village, but you will have to arrange a transport inside the park with one of the lodges outside the park like Momella Wildlife Lodge.  While in the park, travellers can opt for canoeing on Momella lake, price 24 USD and should be booked in advance.

Wildebeest Migration in Tanzania and Kenya

One day Safari in Tarangire National Park from Arusha

Although Tarangire is  only a little under three hours  of drive from Arusha, most tourists hurry on towards Lake Manyara and Ngorongoro. Definitely underrated Tanzanian national park that deserves more attention with its beauty. Elephants and baobab trees define Tarangire as a park.

Large herds of elephants are easily spotted around the park. The best time for viewing wildlife is from June to October when wildlife from other parks congregates around Tarangire river. Yet, wet season has its charm too and don’t be afraid to visit Tarangire  in green season when the landscape is lush green.

Except for elephants, Tarangire is home to giraffe, zebra wildebeest, lions, gazelle, eland, heartbeast and very rarely wild dogs.  Tarangire is also great birdwatching site with more than 500 bird species recorded. Not to mention migratory birds, which are present between November and April. 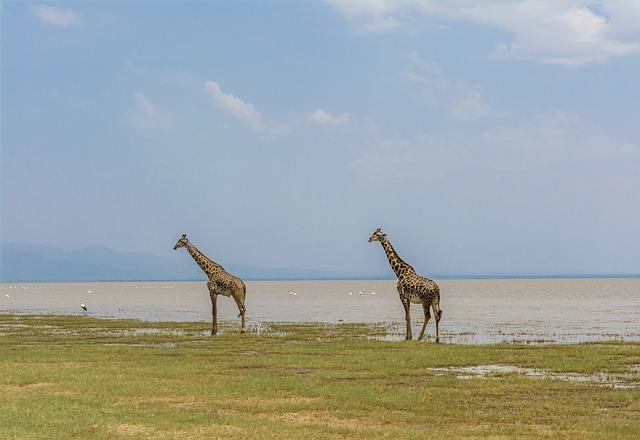 Lake Manyara is the 7th largest lake in Taznania at the base of Rift Valley Escarpment and could be a soft introduction for a real safari. It is located 120 km from Arusha, about two and a half hours of drive. Although Manyara is known for tree climbing lions, in reality they  are not easily seen!

Leaving this expectation on the side, park is home to elephants, large number of baboons, giraffes, hippos, buffaloes, zebras, dik diks,  flamingoes and impala. You can also go for a walk in  370 m long treetop walkway that was built in 2017. Treetop walkway can be found within a five minute drive from the main gate.

The canopy walk should be booked in advance and costs 30 USD for adult.  Canoeing  2,5 hours on Manyara Lake  is possible for visitors, canoeing safari costs 24 USD.

Prices fro day trip safari to Lake Manyara in 2022 are in range of 420 USD for single person, coples or three people sharing the trip in range 200 to 250 USD and four to six travellers pay around 180 USD on average.

Definitely the most beautiful place in Northern safari circuit and home to the highest density of big game in Africa. Spotting big 5 in one day is highly possible without too much effort. Best time to visit is all year around,  but June to September, October are considered the best time for general wildlife viewing.

Ngorongoro is worth to see in one day, if you start the day early, leaving Arusha  at 4:30 am. Four hours of drive from Arusha, and 5 hours away from Kilimanjaro airport. One day  Ngorongoro safari prices in 2022 can be found in range of 500 to 700 USD per person (minimum 2 people) and decrease with more additional participants in the car to around 300 USD per person, if safari vehicle is full. Usually 6 people. Safari note: Ngorongoro  gets very crowded and cold in the mornings and evenings. Bring warm jacket with you.

Serengeti One day Safari from Mwanza 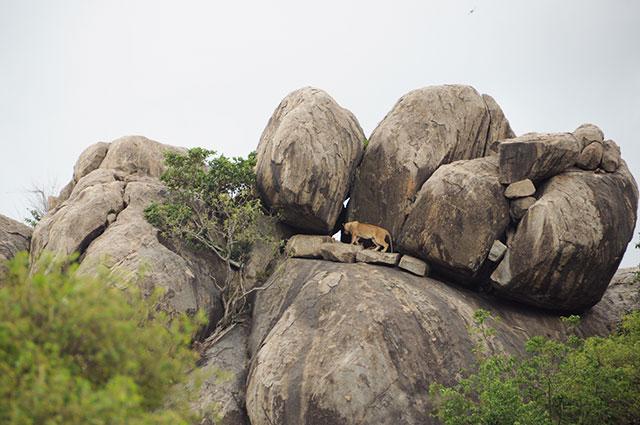 If you are contemplating only one day in Serengeti and you happen to be in Mwanza is possible. One day Serengeti safari departure is required at 4:30  am to 5 am. You will drive approximately two hours and a half to  enter Western gate of the park, known as Ndabaka gate.

To enter the park, passport is required. Usual safari itinerary for  one day in Serengeti includes exploration of Westeren corridor, passing Grumeti river till Seronara area with lunch. At early afternoon hours (3pm) you drive long way back to Mwanza.

One day Serengeti safari from Mwanza for solo traveller costs in 2022 on average a little less than 800 USD, while,  rates decrease with number of travellers in safari vehicle with average of 200 to 250 USD per person.

One day safaris in Southern Circuit

Ruaha One Day Safari from Iringa

To do only one day safari in Ruaha National Park, you have to be in Iringa Town 10 to 12  hours from Dar es Salaam with a car or bus. Safari starts in early morning  and ends with arrival to Iringa at 8 pm.  Those who pan to visit Ruaha from Dar es Salaam, should look for minimum two day safari itineraries that include flight from and back to Dar.

Ruaha is home to the third largest population of wild dogs in the world and if you are looking for lions, 10 percent of global African lions reside there too! Other wildlife viewing is also excellent, you can see elephants, zebras, giraffe, hippo, lesser kudu, sable antelope, occasionally cheetah and leopards.

No wildebeest or rhinos here. Another advantage to visit Ruaha is it’s vastness, being the largest Tanzanian National park, there are never crowds on game drives. Best time to visit Ruaha NP is between June to December.

Birdwatchers can spot 450 bird species and the best time to enjoy bird watching in Ruaha is between November and April when migratory birds from Europe and Africa are present. Average price for Ruaha one day safari in 2022 costs between 350 to 400 USD per person. 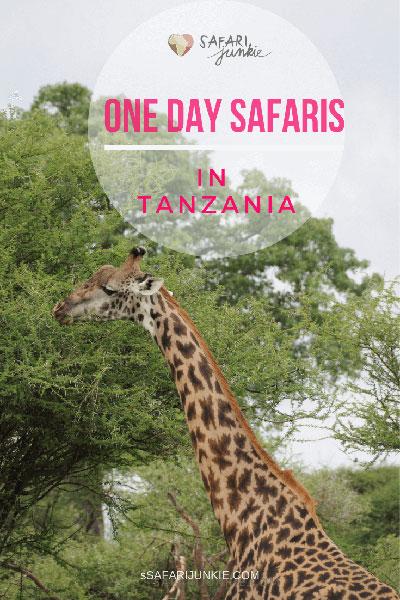 One day safaris to Saadani NP usually start in Dar  es Salaam, leaving in early morning hours (cca at 6 am) and coming back to Dar in late evening around 8, 9 pm. Distance from dar is approx.. 300 km.

Saadani Np is the only park in East Africa with an Indian ocean beachfront. Park is small and not very populated with wildlife. Most common animals found in Sadaani are giraffe and hippos. Elephants, buffaloes, zebras and other safari game are  rather rare.

Birdwatchers can spot 250 bird species. Park is also a stop for migratory birds between November and May. Those looking best weather on Sadaani safari, consider booking a trip in January, February or  from June till end of August.

A typical one day safari in Saadani from Dar es Salaam  in 2022 will cost around 270USD per person (minimum 2 travellers attending).