If headed to Ukerewe Island, you will find out soon enough there is not exactly a variety of places to stay on the island. During my trip to Ukerewe  Island, I spent four days in only hotel that has access to the beach on Lake Victoria. Monarch beach resort despite the name is not exactly literally a resort by standards you would have imagine: has no spa, has no pool, but it has a nice compound with access to the Victoria Lake beach. 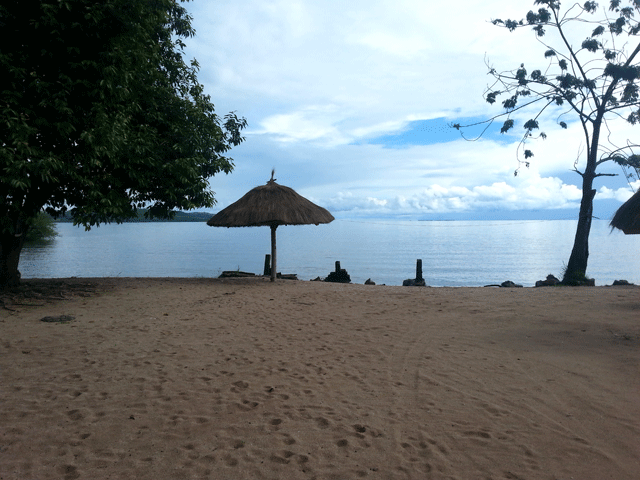 Monarch beach resort on Ukerewe Island is  close to Nansio town, but far enough it offers serenity and tranquility. Its 2 minutes by bike, 10 minutes by foot and a minute by car from the small ferry terminal in Nansio. It is typical Tanzanian run hotel. It means the staff is easy going and things are slow sometimes but all are friendly  and attentive at all times. During my visit I was the only guest for a couple of days, staff most of the time didn’t have any work and we ended up hanging out together at the hotel beach. 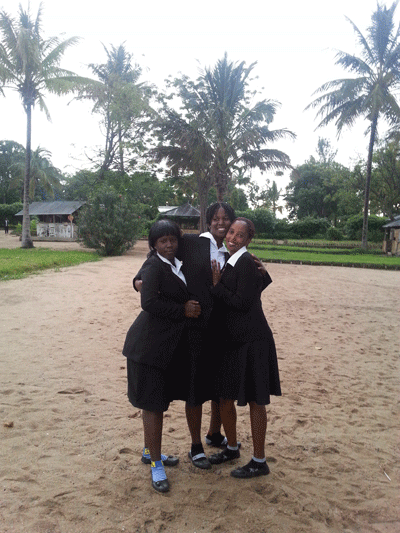 Monarch beach resort is one of the cheapest places I have been in Tanzania so far. Price for a double room costed me 7 euros per night, including breakfast. No matter one or many guests, breakfast was surprisingly generous, serving coffee, tea, pancakes, toast, sausages, eggs, etc.

I stayed in double room, overlooking the garden. All rooms are spacious and come with private bathroom.  Sheets were clean but mosquito nets had holes, which is the biggest minus I give to the resort. Ukerewe was full of mosquitos  in the night. Being so remote (on an island)  I expected there would be problems with water supply as it sometimes happens on Zanzibar, but water was available 24/7 while they suffered some electricity power cuts which happen all around the island. 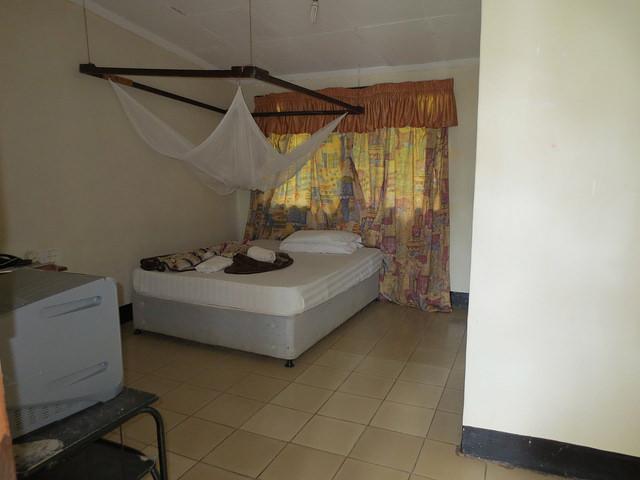 In late afternoon and evening hours they  would use generator, other times during the day, there was no  electricity, which delayed  meal orders and problems with recharging cameras and other technical equipment. Security wise, hotel is locked  when the night falls and has security night watch, so despite being solo in low budget place I felt safe during the night. 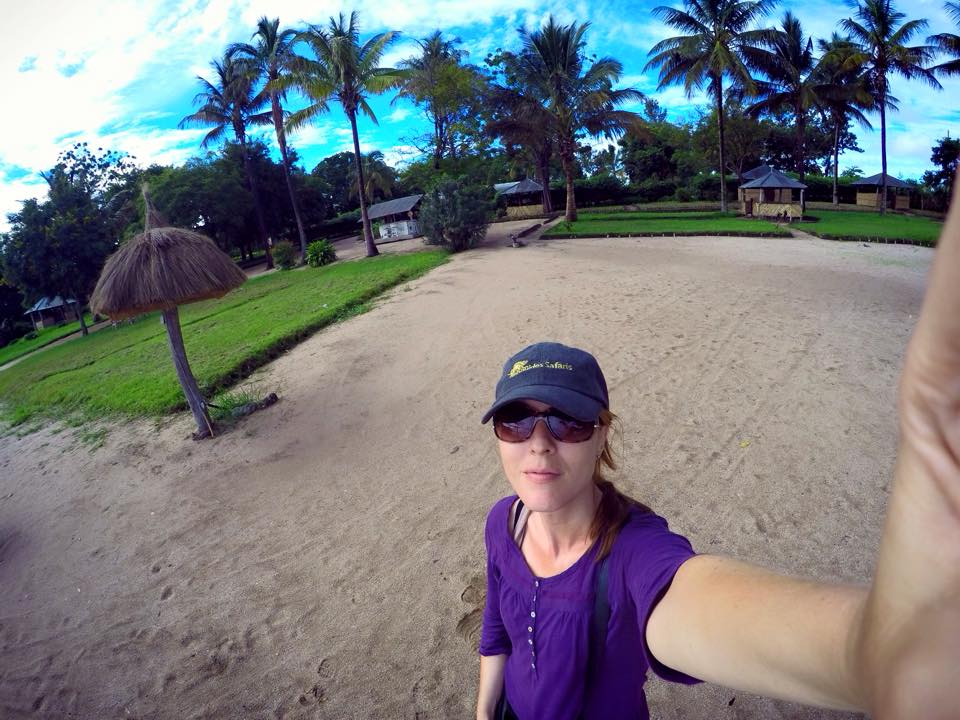 Wifi:I had my local sim card, Vodacom was the only mobile operator that worked for me great on Ukerewe Island, while Airtel had no signal on the island. Monarch beach resort  had Wifi in the reception  area when there was electricity. Warm hint to anyone travelling to Ukerewe island is, pack a solar charger and head lamp.

The best part of Monarch beach resort is the beach, of course, but not for travellers with high standards. Looks like resort is catering mostly to local Tanzanian residents that come for a weekend  visit from Mwanza, and (rare) frugal backpackers that dont care about the luxury. 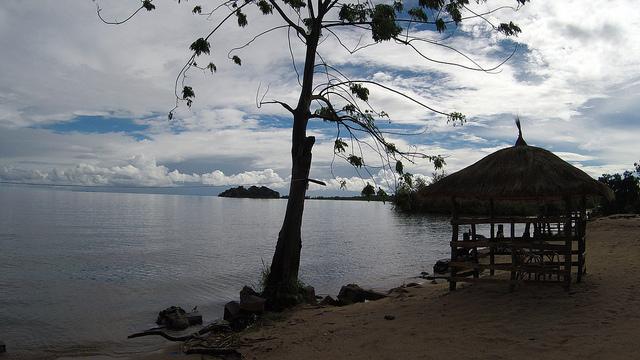 I found it sad, that management doesn’t do more with such a lovely beach side garden. Unfortunately  one will find cramped seats, a plastic table and thats it. So much of unused potential here! But at the end of the day,  mainly due to stunning Victoria lake views  it is  still great place to have a drink in the evening and relax after an active day of biking around the Ukerewe Island.

Although shores of Lake Victoria might be alluring for swimming, it is not recommended to swim in the lake due to bilharzia.

To sum it up: It was a pleasant stay. I think anybody on a budget will enjoy their stay at Monarch Beach Resort mainly because of  great location and amazingly funny, always smiling staff! For those interested to stay in Monarch Beach resort, here is the phone number as this place has no website: +255 754 873 138 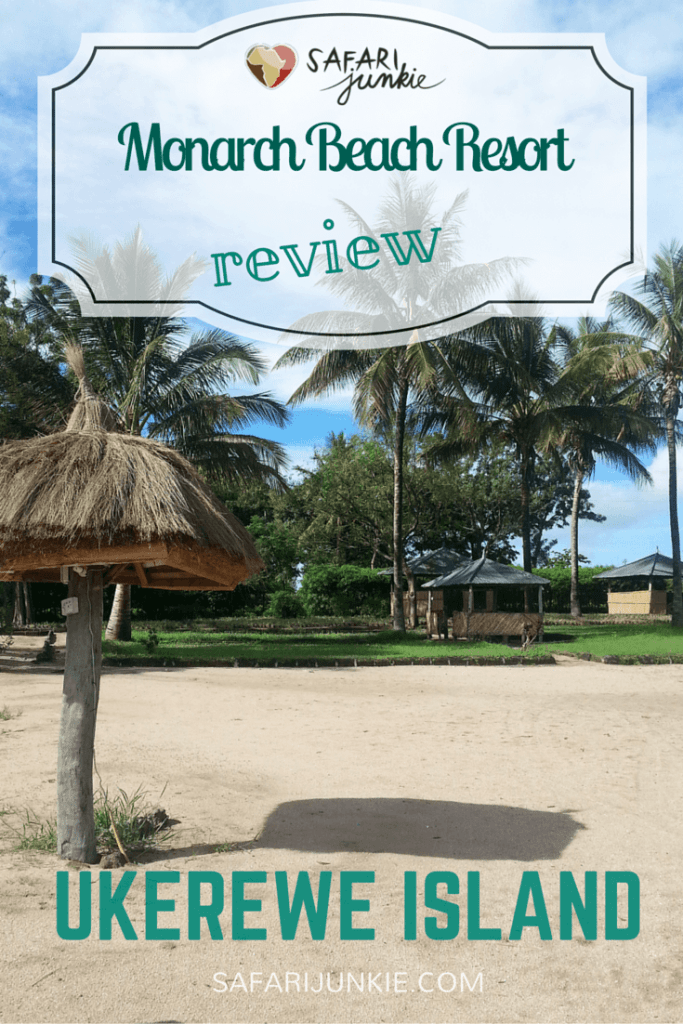