Making Coffee With Locals in Moshi

Making Coffee on the Slopes of Kilimanjaro

One of top things to do in Moshi so far was the visit of local farmer’s coffee plantation in a village near Moshi. It was on my first visit to Tanzania, I wasn’t familiar with activities around Moshi, except reading about it as Kilimanjaro climbing hub. 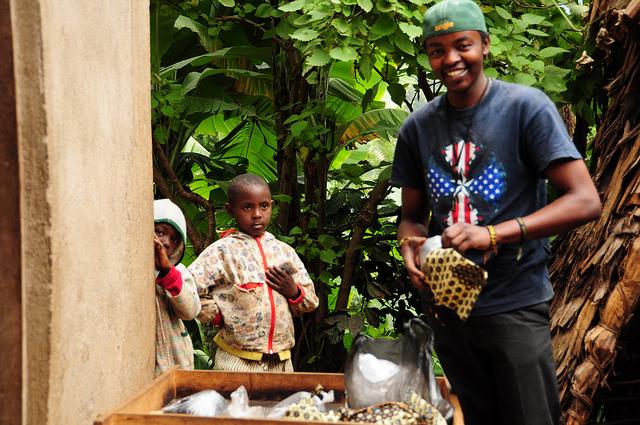 When I stumbled on a guide in hostel that offered visit to nearby village and mentioned coffee plantation, I was immediately for it. As a coffee lover I truly wanted to see the process from picking coffee beans to the final cup of coffee. So I  signed up for making coffee with locals in Moshi! 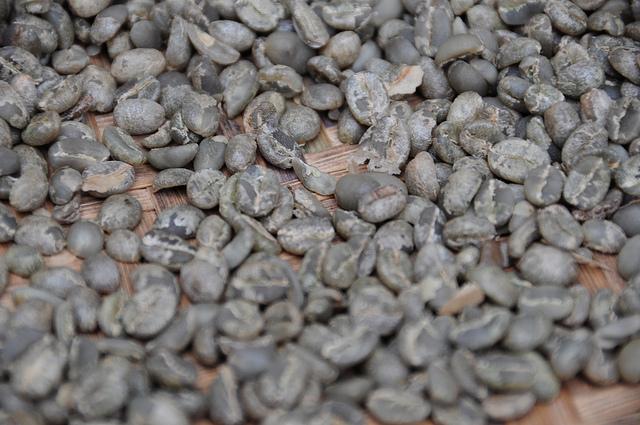 Coffee production was introduced in Tanzania in 1900s from Ethiopia and today is main source of income for many farmers around Moshi as well the second most important export product for Tanzania. 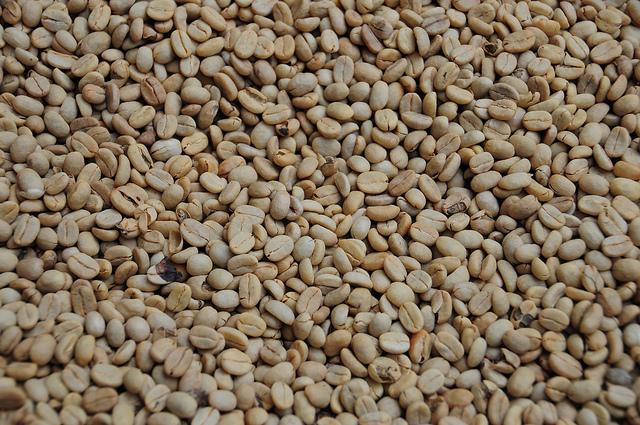 Perhaps 10 minutes out of Moshi we reached the small village. Whole area around village is densely planted with coffee crops and banana trees. I was told that banana trees are planted intentionally with coffee as coffee needs shadow to grow. In addition having two kind of crops increases the farmers profits. 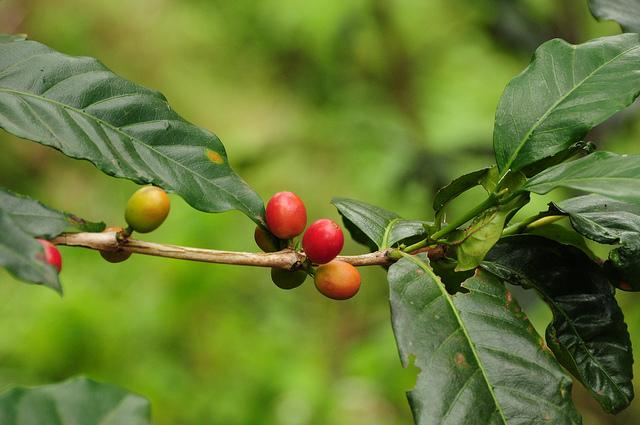 The coffee plant takes two years to mature and within 5 years it will be producing about 5kg of coffee each year. Long process.

The coffee berries are harvested between July and December when the cherries turn red.

Although all coffee making process in one coffee tour is impossible, because the beans have to go through fermentation process for a day and then have to get dried. We started coffee making from stage two, where we used already dried coffee beans. 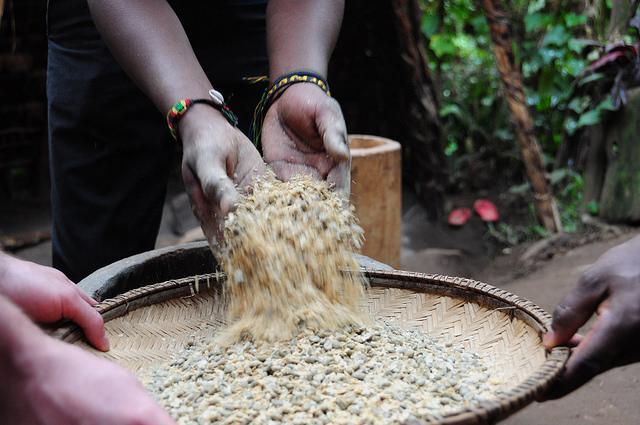 We used wooden pestle and mortar alike machine, they call it Kinu in Swahili or locomotor and once the beans inside the hard work begins. The pestle is surprisingly heavy and smashing becomes quite a physical activity after a while. Then comes the sifting the husks, and after wards the raw coffee beans are put on medium fire in order to slowly roast till the coffee beans turn black. 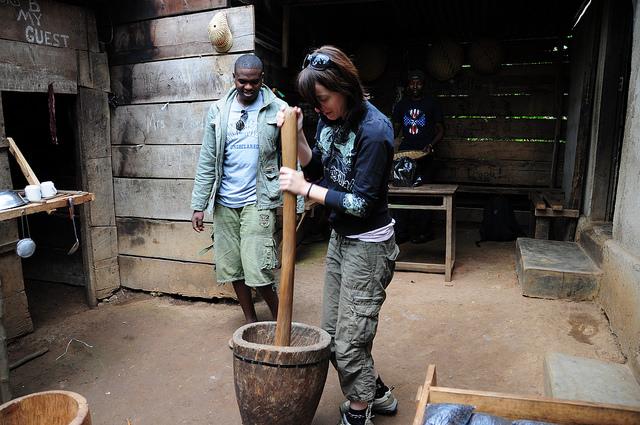 After the roasted beans cooled down, we used the locomotor again and grounded the beans to fine coffee powder. Of course local Tanzanians would not be real Tanzanians, and to make work more fun and entertaining, we were encourage by singing to make grounding more easier. Making coffee with locals in Moshi is hard but fun experience.

All this process from start to grounding the coffee took about two hours and it is finally time to boil the water and cook the Turkish coffee. 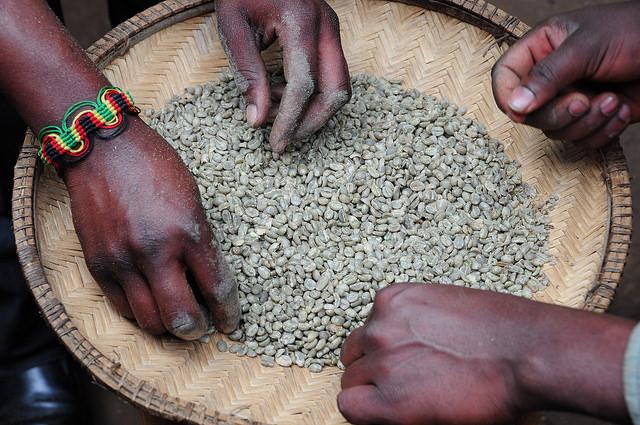 Once you do the process by yourself, you will start respecting every cup of coffee you drink. No need to say, the coffee we brewed in Moshi was one of the best and strongest I had in my life. 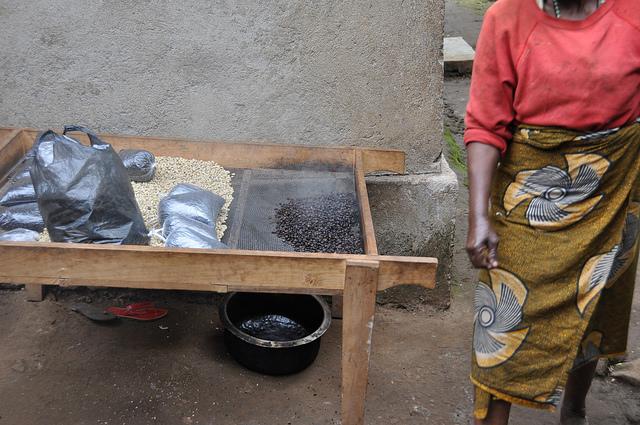 The coffee that grows on coffee plantations around Moshi is entirely organic. No need to say I stocked my self with few kilos of coffee for home. Half a kilo of homegrown coffee will cost between 8 to 10 USD. 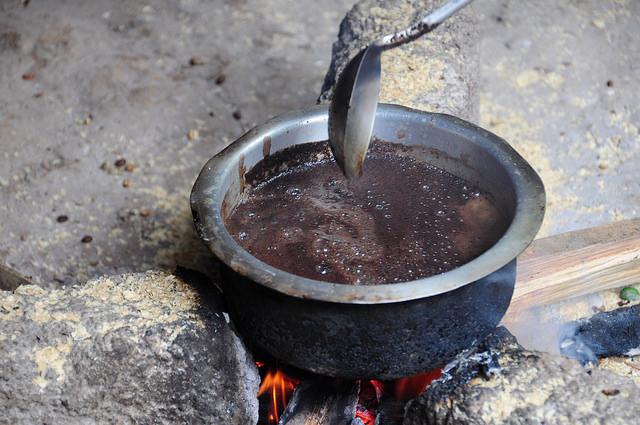 Facts About Coffee in Tanzania

Did you  try making coffee with locals in Moshi? Share your story in comments! 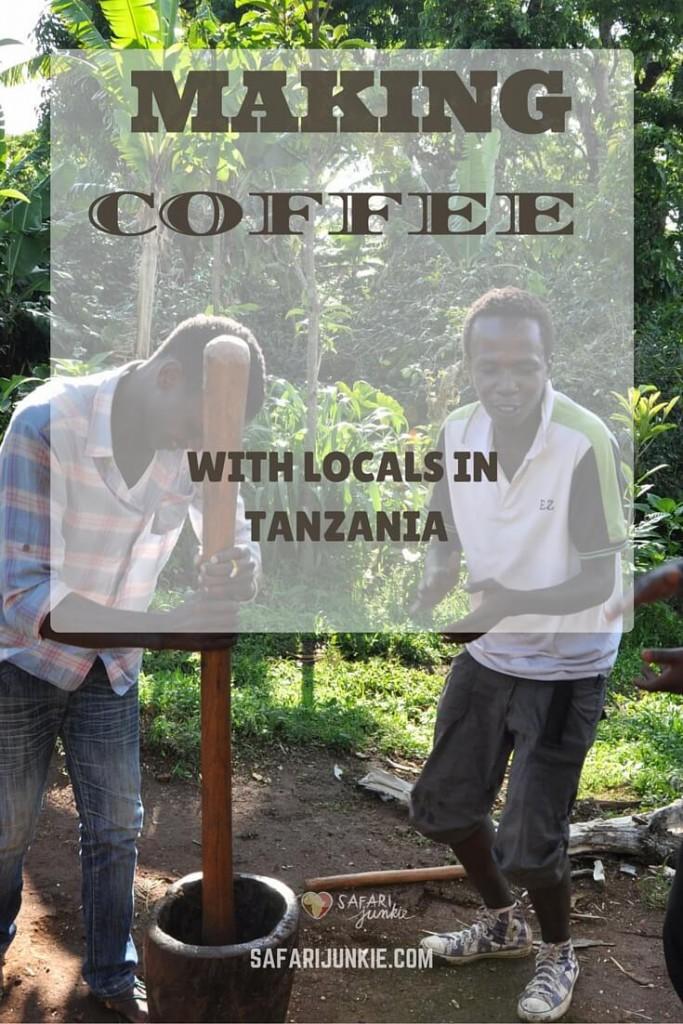