When it comes to climbing in Africa, Kilimanjaro is on the bucket list for many hikers and nature lovers. With 19,341 feet (5,895m) makes it the tallest mountain in Africa as well as the highest free standing mountain in the world. Each year more than 20 000 people travel to Tanzania and go for Kilimanjaro trekking. Not all make it to the top.

There are numerous articles about Kilimanjaro climbing, but we wanted to hear from somebody who has done it. First hand experience is shared by our friend Martin from Kenya. Along with Kilimanjaro, Martin has done  numerous treks and climbs in Kenya, Uganda and last year first time to Kilimanjaro. 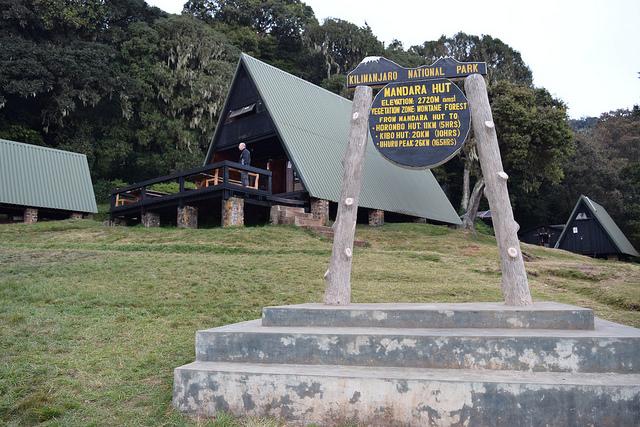 When did you climb Kilimanjaro? (Low season, rainy season, month you can also tell me more about weather during the trek)

A: We did it during the low season in September. We were lucky it didn’t rain and most of the days were sunny.

Which route did you take to Kilimanjaro and what made you decide to pick up the chosen Kilimanjaro route?

A: I took Marangu route. I was told it’s the easiest route and since it was my first time, I decided to take it slow. 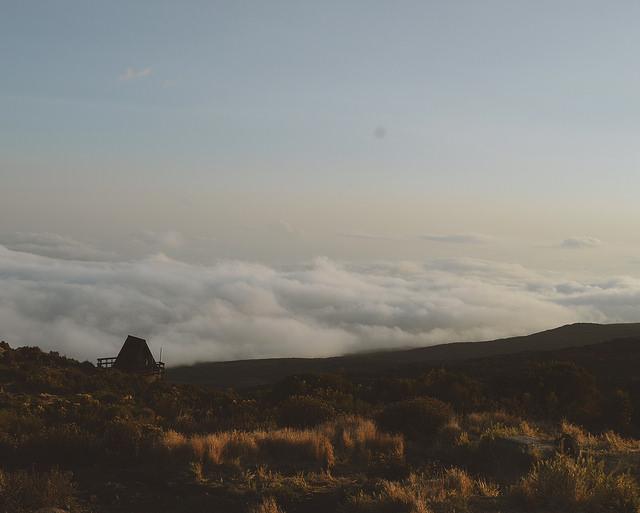 How many days did your Kilimanjaro trek last and did you have an additional day for acclimatisation?

A: Took us four days to reach the summit, we reached Kibo peak at the morning of our forth day. We didn’t take an extra day for acclimatisation though it’s highly recommended.

A: Before Kilimanjaro we had prep hikes to prepare us physically. We hiked some mountains in Kenya though they are not very high. 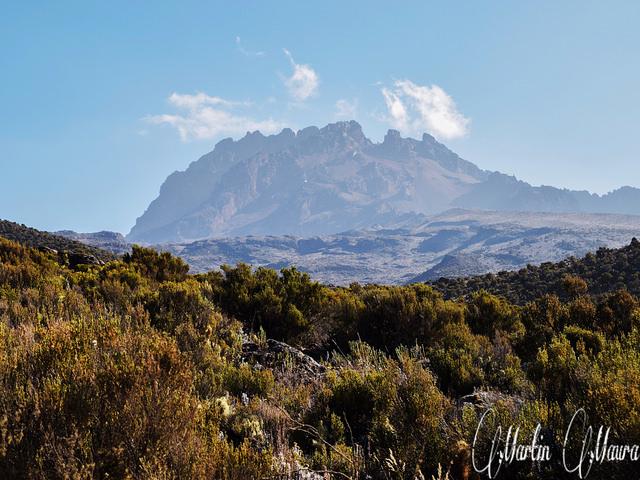 What would be your advice to less fit people who are considering climbing Kilimanjaro on Marangu route?

A: To successfully trek Kilimanjaro, I would recommend some workouts like running, cycling, swimming and long walks. However, with mountains it’s more mental determination than physical preparation. You need to have that determination of reaching the summit. I have seen first time hikers reaching the summit and physically fit guys  giving up half the way.

As we know one cant trek Kilimanjaro on their own, but only in a group with licensed guides and porters. How big was your group (number of climbers and staff)

A: We were about 22 hikers and maybe 60 support staff cooks, guides, porters. Am not very sure about the exact number. 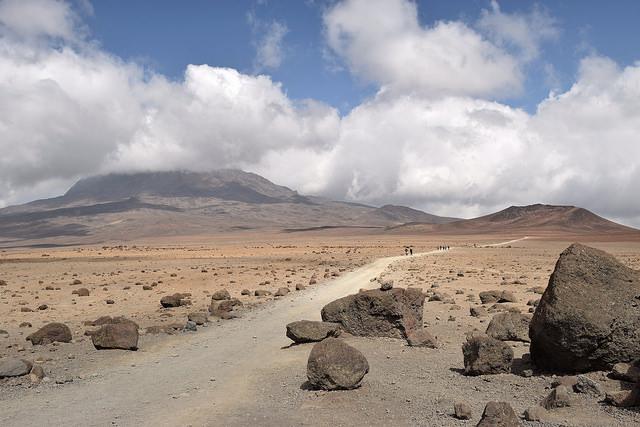 A: Actually the route was not that crowded. On the other hand I was trekking Kilimanjaro in low season. There were other groups on our way up but maybe three or four other groups.

The only place that was crowded was the summit because all routes converge there and you had to wait for few minutes if you needed some photos taken. The huts were also full because they have to accommodate guys going, up guys going down and those taking an extra day for acclimatisation.

How about the camps on the way, how did you do it? I know there are houses on Mandara hut, can you tell me more about the sleeping conditions in other camps? Did you use your own tents, toilets condition? Any difficulties with logistics?

A: There are huts at Mandara, Horombo and Kibo point. The huts are equipped with beds and mattresses and you only need a sleeping bag. There are bathrooms outside the huts with running water. The washrooms were very clean and in good condition. Comparing to Mount Kenya and Rwenzori Mountains, they have the best huts in the region. 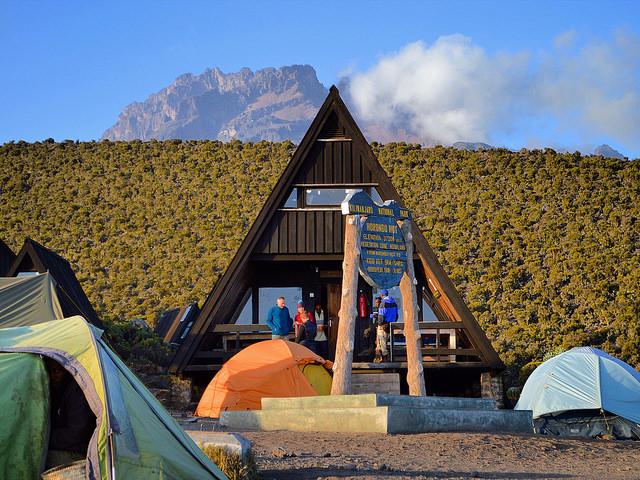 Did you have any problems with attitude sickness on the way to Kilimanjaro? And if yes how did you cope with it? Did you use oxygen, pills etc?

A: I had problems with altitude sickness on the way to Kilimanjaro and I was among the last guys in our group to reach Kilimanjaro summit. My body started to shut down at 5AM  and at some point I could only manage few steps after a ten minute rest.

I drank a lot of water and decreased my hiking pace in order to cope with the increasing adverse conditions. I didn’t take any pills and we had no oxygen cans.

A: We were advised from day one to drink lots of water and walk slowly ‘pole pole, maji mingi’ in Kiswahili. This combination helps in acclimatisation but still, mountains are very unpredictable.

Mild altitude sickness is manageable but in case of high altitude pulmonary edema or high altitude cerebral edema the only solution is to go down and seek medical attention as soon as possible. We had no big issues in our group with attitude sickness, although we did meet some random guys from other groups being brought down on a stretcher. 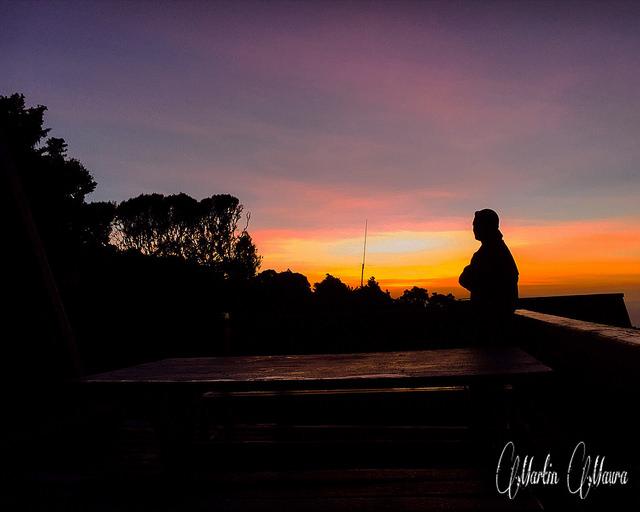 How about other people in your group? Were they affected by the altitude sickness?

A: Most of us were affected by mild altitude sickness: headache, loss of appetite, nausea and vomiting but few had no problems.

Did all manage to summit Kilimanjaro in your group? Marangu route, despite considered  the easiest route (also known as Coca Cola route) to Kilimanjaro summit, remains with lower success rate than Machame route?

A: Only one person in our group didn’t make it to the Kilimanjaro summit. Perhaps the success rate is lower in Marangu is because most of the beginners use this route but I would advise an extra day for acclimatisation at Horombo hut.

In terms of clothing for Kilimanjaro trek, what did you pack and use to stay warm?

Did you have any other equipment that helped you? Like walking stick, etc, special sunglasses, etc

A: I had a pair of sun glasses to protect my eye from strong UV. I don’t usually hike using walking sticks so I didn’t carry one. 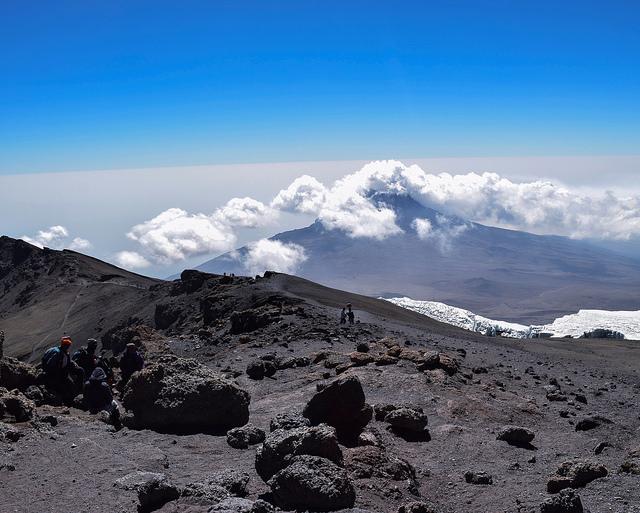 How would you rate the difficulty of Kilimanjaro trek in comparison with other mountains in Africa like Mount Meru in Tanzania, Mount Kenya and Rwenzori Mountains in Uganda? I know you climbed all those peaks?

A: Kilimanjaro is not a difficult mountain to trek, at least not Marangu route. The problem lies with altitude sickness and if you can manage that,  you are good to go. Unlike Mount Kenya and Rwenzori Mountains, on Kilimanjaro you can just walk to the highest peak.

Also, mount Kilimanjaro is not very steep, it’s a gradual elevation for the first three days. Things change on the summit night, from the last camp, Kibo is a difficult climb all the way to Gilmans point. Rwenzori Mountains is the most difficult and would definitely not recommend it to beginners.

What would be the three most important things to pack for Kilimanjaro trek according to your experience?

A: Warm clothes, hydration pack for water and mental determination.

Is there anything that you wish that you had brought with you on Kilimanjaro trek? I’m assuming you packed sort of closely to what is on the usual  must pack Kilimanjaro gear list. Did you feel like there was anything missing?

A: The only thing I should have carried is a satellite phone. Most of the sections are not covered with mobile network which made communication with the outside world difficult.

Will you go again and take some other Kilimanjaro route and why? 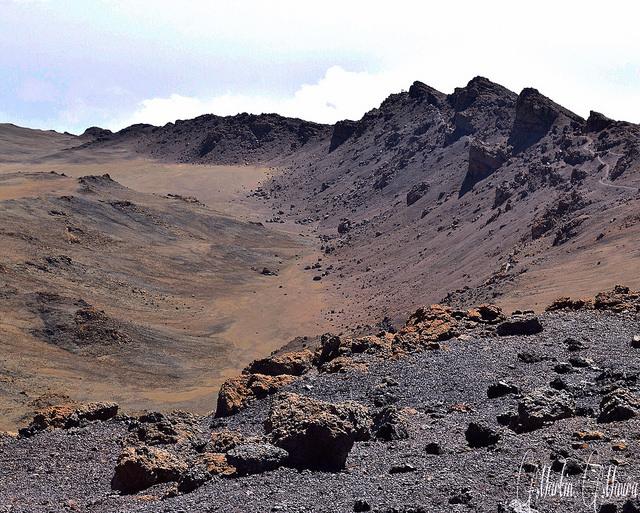 On Instagram we can admire your stunning outdoor photography. I suppose there could be some advice on camera and lenses, any difficulties with equipment because of temperatures etc?

A: Most of the high end cameras worked well though some photos especially the ones we took at the summit look ‘washed out’ which I think it’s because of low temperatures. You also need extra batteries for the camera.

The batteries don’t last long at very low temperatures and you also need to keep them close to your body so that they don’t lose power. For the lenses a prime lense like 35mm or 24mm is good for landscape photography.

Do you feel like many people underestimate the Kilimanjaro trek in terms of fitness preparation and take it too easily?

A: Some people underestimate Kilimanjaro and go there when they are not adequately prepared. Others want to climb Kilimanjaro because their friends have done it. I would advise people to hike small mountains first before booking Kilimanjaro climb.

Making Kilimanjaro your first mountain attempt might discourage someone completely. Start small and eventually you will do it.

Food is important for such activities. What did you eat, how did breakfast look like, lunch? Please explain as much as possible what kind of food you had on Kilimanjaro trek.

A: Lunch and supper consisted of rice, bread, vegetables, biscuits and chicken. Spaghetti, bananas and potatoes too. Breakfast was tea or porridge taken with eggs, bread, biscuits and sometimes pop corns. I wasn’t very keen on the food provided and I might have forgotten something. 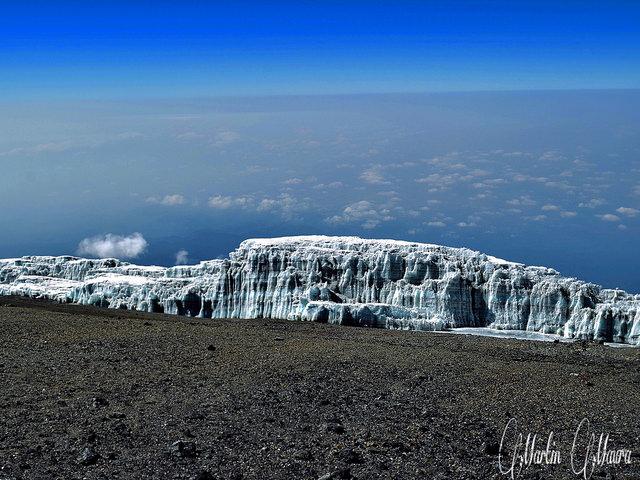 A: We started our journey to the Kilimanjaro summit some minutes after midnight and the first guy in our group reached the summit few minutes before 7 AM. Myself, I reached Uhuru peak at 8:30 AM.

We can see pictures all over the internet. Feelings being there? How crowded was it, how long did you stay at the  Uhuru peak?

A: The Uhuru peak was crowded and you had to wait for few minutes to have your photos taken. I was there for a few minutes, maybe 15 minutes tops. 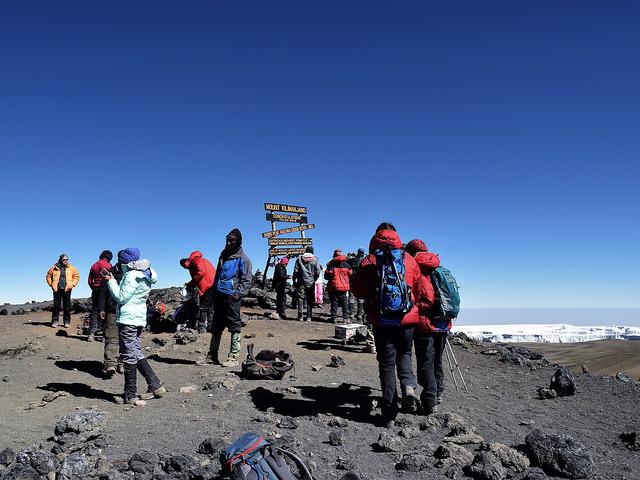 And since we all live in tech world, many people wonder is there a  mobile network signal on Kilimanjaro summit? What about along the trek? To make phone calls, send messages or even go online through 3G  or even LTE maybe?

A: There is signal at Gilmans point though the signal is from a Kenyan mobile operator, Safaricom. It’s strong for voice calls and slow for data (2G). On the way to Kilimanjaro however most sections are not covered by mobile network. 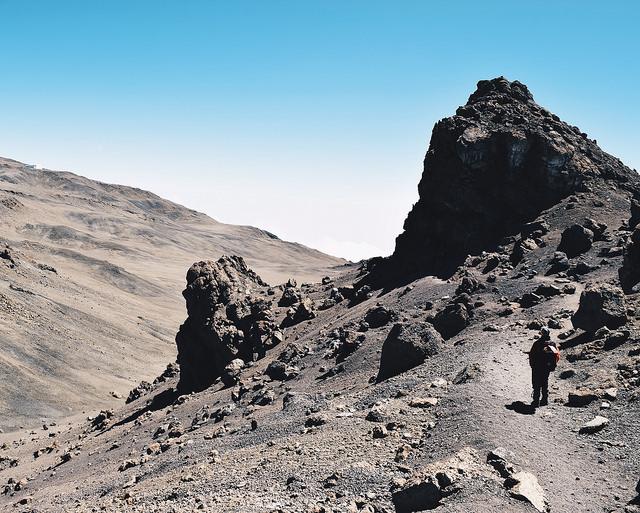 Martin Maura is avid hiker and outdoor enthusiast based in Kenya. You can follow him and check his outstanding images from hiking expeditions on Instagram! All photos by Martin Maura.

Was this interview helpful? In case you are looking into Kilimanjaro climb, ask us a question in comments. We would also love to hear from those who have already climbed Kilimanjaro! 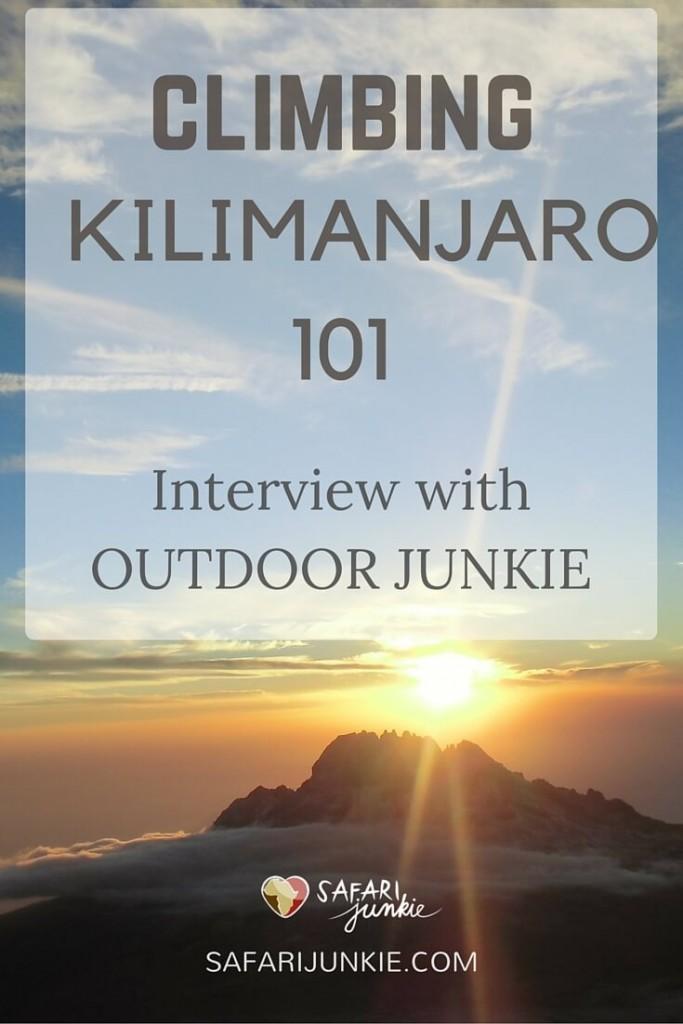