Getting Around Tanzania on Local Transport Guide

Public transport in Tanzania is cheap and getting around Tanzania is relatively easy as long as you remain open minded and embrace the unpredictable situations.

Getting Around by Bus

There are numerous bus lines that connect Tanzanian cities. Major express coach companies in Tanzania include Akamba bus company, Royal and Dar Express. Scandinavian Express is not operating anymore, although you might find outdated information on the internet about their schedules. 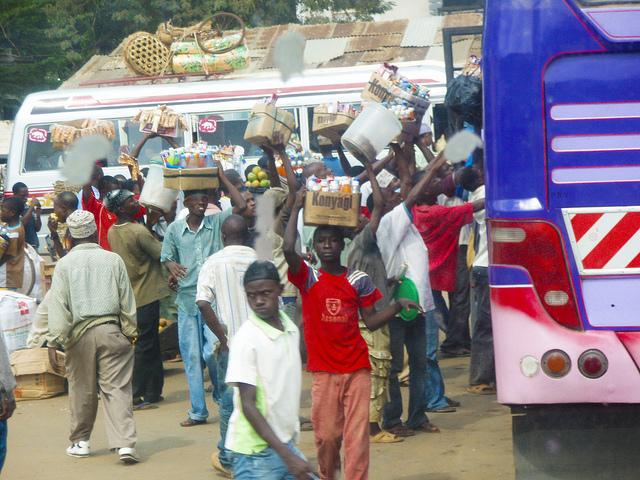 With travel in Tanzania you always have two options, either travel on the cheap side with small buses that stop frequently along the route or you can travel with big coaches that are more expensive and time saving.

Bus stations in Tanzania can be hectic, specially for first timers, so prepare yourself to be approached by  annoying touts, pushy taxi drivers and other vendors. The best way is to have a local with you to help you with purchase of right ticket.

Oftentimes there is no bus office or cash register to buy tickets. You have to buy tickets from a street vendor, but be careful to check it twice as there are scams about false vendors, who sell you fake ticket and disappear. It is best to approach the bus and talk to driver directly. Always keep the ticket until you are on the bus and bus conductor checks it out.

International routes include connections with Kigali, Nairobi, Mombasa, Lilongwe, Lusaka. All trips are 12 hours plus, to Kigali up to 27 hours as you cross Kenya and Uganda. If travelling between Arusha and Nairobi, great substitute for bus is private shuttle that costs around 25 USD. Shuttle station in Arusha is on the grounds of Hotel Impala.

Getting Around With Moto Taxis

Some of you, more courageous ones, will take advantage of moto taxis also known as boda boda or piki piki. Its probably the fastest way to get around towns, but be aware that also the riskiest and unsafest mode of transport. Unlike in Rwanda, in Tanzania most of the times there is no helmet for passenger, so travel on your own risk. It can be fun though.

Getting Around by Dalla Dallas

Dalla Dallas are privately owned mini vans always packed with too many people. They usually leave when they are full and have no schedule. Each dalla dalla has set route. No matter what, the best thing about dalla dallas is that they stop whenever you need to step off. 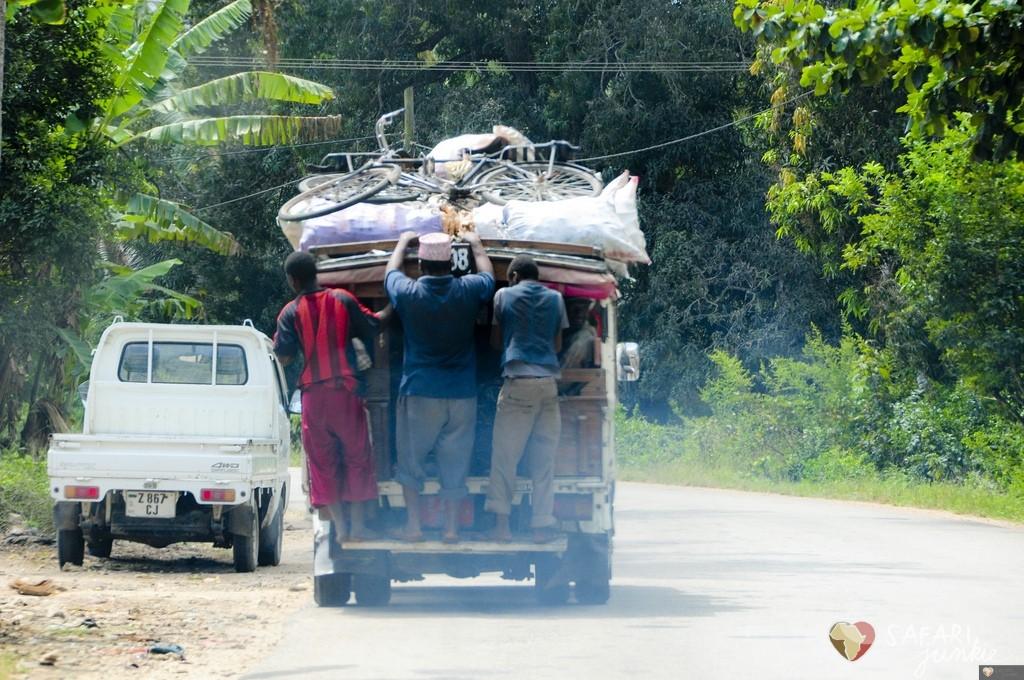 Definitely a good way to get around in big cities and towns or for short distances between towns in Tanzania. Travellers with backpacks should know that there is usually no place for big backpacks, so keep this in mind when planning dalla dalla trip.

A dalla dalla price is between 300 to 600 TSH. Also keep in mind that dalla dalla conductors ( the guy who collects money and opens the door each time someone need to disembark or enter) speak poor or no English.

Getting Around With Taxi

According to what we’ve seen, everybody can be taxi driver in Tanzania. Taxis are unmetered and unregulated. You will need to bargain for a reasonable price and make sure to confirm the price with driver before you start the ride!  To avoid problems, it is wise to ask your hotel to arrange taxi transfer for you.

Labeled taxis exist so far only in Dar es Salaam and Zanzibar. Taxis come in all sorts of conditions and dont be surprised, if you cant fasten the seat belt or there is damaged windscreen window.

Once you find a reliable taxi driver, take his number!

Most important route to many travellers to Tanzania is Ferry between Dar es Salaam and Zanzibar.

Tourists can choose between economy class on lower deck or business class in upper open deck.

Note: all passengers need to show passport when buying the tickets!

Schedule for Ferries from Dar es Salaam to Zanzibar

ferries operate both ways on a daily basis, several times a day,  the earliest ferry starting at 7 AM (be there one hour before!) The last daily ferry to either way  leaves at 15:30.

Tazara train is quite popular among travellers that want to reach Zambia or Malawian border. To reach Malawian border, disembark the train in Mbeya and then take bus for Mzuzu.

Good to know about TAZARA train

Travelling with Rent a Car

Many major car rental companies are present in Tanzania and rent a car experience shouldn’t be any different than in other countries in Europe. (Assuming you rent a car from international brand like Sixt, Europcar, Avis, etc)

To rent a car in Tanzania, you will have to have international driving license, passport and credit card.

All other regulations depend on car rental companies, but be advised to inspect the vehicle for dents and other before you sign the contract including some photos of the car.

Double check what is included in the car rental price

Those are some of most important things to note when renting a car in Tanzania.

Driving rented car in Tanzania outside of the country is prohibited. It is advised not to drive in the night, roads have no lightning. Be extra cautious to all people wandering the roads including cattle and wildlife.