Dark Side of Tanzania – When Human Life Gets a Price Tag

This post will probably read as a fiction but unfortunately is a reality in Tanzania and some other countries in Africa. Albino people living on mainland Tanzania, particularly in the Lake Victoria region, live under constant threat.

Ritual attacks, kidnappings, trade in organs and body parts, trafficking and sale of Albino children, infanticides are some of most horrific threats for Albino adults and children. Top it up with discrimination, stigma and social exclusion from society or even abandonment from parents!

Albinism is rare genetic, non contagious condition  that  reduces the amount of melanin pigment production formed in the skin, eyes and hair. Melanin deficiency causes complex visual impairment; it also eliminates natural ability to defend against the sun damage of the skin and results in heightened risk of skin cancer.

Eighty percent of Albinos develop skin cancer by the age of 30 in Tanzania. Albinism consequently impacts life expectancy to under age of 40 in many Sub Saharan African Countries. 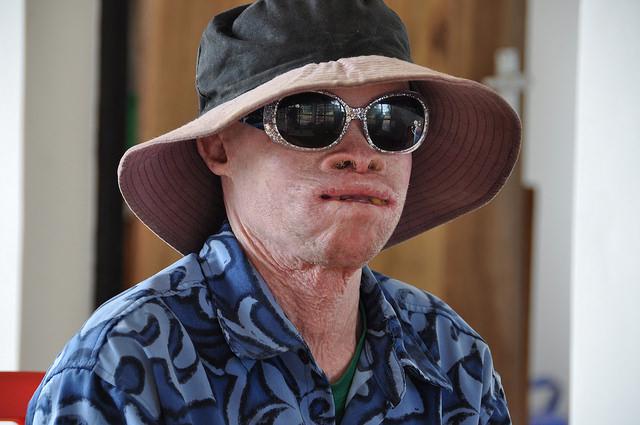 In western countries there is one albino on every 20 000 people. In Africa it is estimated on average that one in every 5,000 people are affected by the genetic disorder while prevalence of Albino condition solely in Tanzania is estimated to 1 in 1,400!

This means that there are over 33,000 persons with albinism in Tanzania, although Albino Association of Tanzania believes the total figure could be more than 150,000.

Albinos are especially vulnerable in Mwanza  and Shinyanga area, where witchdoctors (in Swahili waganga wa kienyeji) helped promoting a belief in the magical  properties of albinos’ body parts. 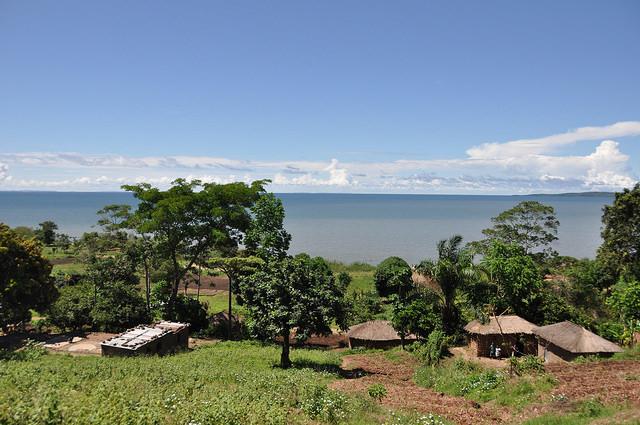 Beliefs and myths about Albino people in Tanzania and the rest of Africa are heavily influenced by centuries old superstitions and present till today widespread by witchdoctors.

People with albinism never die. They are not human – they are ghosts!

People with Abinism condition are perceived in many cases as ghosts that can simply vanish, a curse from the gods or from the ancestors, as devil person. It is believed that contact with Albino person will bring bad luck, sickness or death. 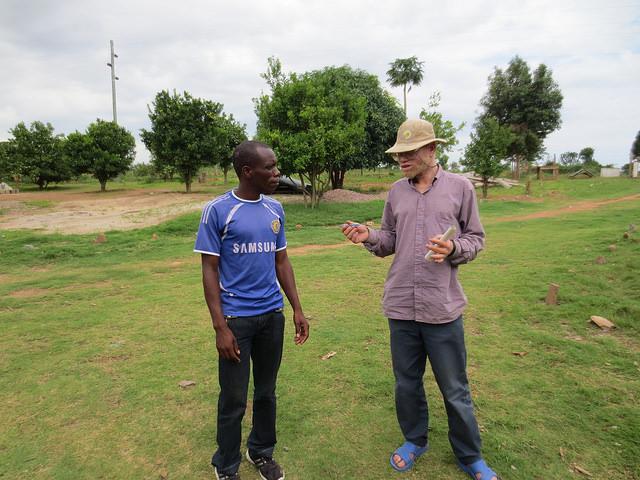 Most of the listed words above have similar meaning  – whitish ghost-like creature. A local from Ukerewe Island explained that things are slowly changing and nowadays those negative words are used less frequently due to work and education of NGOs in local communities . The proper non insulting term in Swahili would be mtu mwenye uremavu wa ngozi which means a person with skin disability.

Having sex with a woman with albinism will cure AIDS.

A charm or potion made from the body parts of a person with albinism, has magical powers – bringing its owner wealth, success and good luck. So, touching  alive Albino brings bad luck and dead Albinos body parts bring good luck. And this is where the horror stories begin.  Killings, kidnappings and murders of Albinos.

Many also believe that rituals and charms increase in their magical powers if the body parts are amputated from alive person, screaming during amputation. Then there is the specific use of children, as they are easier target along with boosting magical rituals because of their innocence.

Although Albinos are in constant threat on a daily basis, the most risky time for Albino is time before elections. Last year in 2015 when Tanzanian elections took place, Tanzanian government detained a little less than 40 traditional healers to protect and lower the possibility of Albino killings.  Who actually are buyers is still unknown but is clear the Albino trade is huge business. 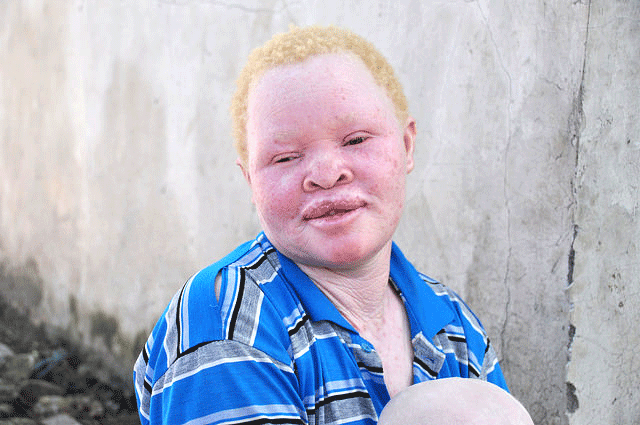 To spot a vulnerable Albino  person it is said that informant gets paid 100 USD, while the prices for killings are unknown to authorities.   Witch doctors  offer to pay for a complete set of albino body parts – genitals, tongue, ears, nose and all four limbs for 75,000 USD while alive, kidnapped Albino can be sold to buyer for 250 000 USD.

Ukerewe Island – A Refuge for Albinos 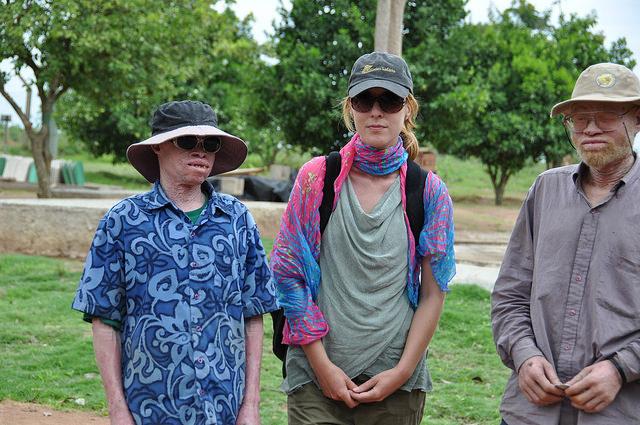 Ukerewe island on Lake Victoria, also called an island of Albinos has become in recent years a refuge for people with Albinism in Tanzania. During my trip to Ukerewe island I paid a visit to Albino center out of Nansio town.

Although they dont keep accurate statistics, the  rough count of Albino on Ukerewe Island goes up to almost 80 people, for now scattered around the island and is believed to be the highest concentration of albinos  in one place in the world.

Knowing all these facts I wanted to see the albino center so I met with the chairman, Ramadan who also suffers Albino condition. To my surprise the center was in construction although I got impression from website that already fully operates. 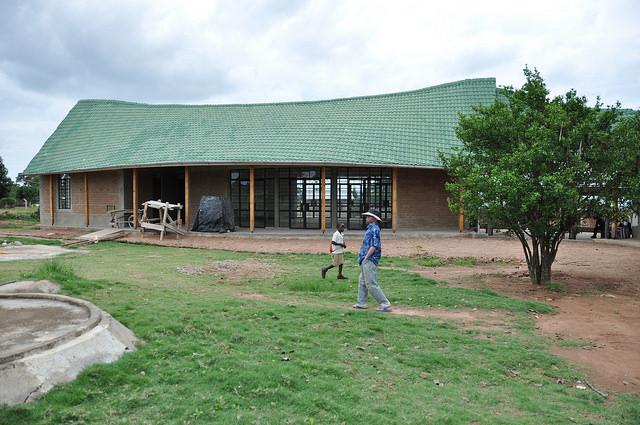 Despite wanting to meet Albinos and hear their stories, I was told until the center is not fully built they live in their homes around the island. In addition it was a week day and children were at school. Ramadan offered to visit his family, so we biked back to Nansio where I met his wife and child, both with Albino condition. Those who have Periscope app can find archived live stream from this visit on Safari Junkie account.

Due to language barrier and limited translation abilities of my guide I managed to hear at least a  little bit about his youth and experience growing up as an Albino in Tanzanian society. Ramadan was born in 1970 to healthy parents. His birth was shocking to both  parents, specially to father who accused  the mother of cheating and claiming Ramadan was not his child.

His parents separated, father left the family because of  the skin colour of his son. Ramadan was marginalized all of his childhood, mocked and bullied from peers but luckily in all of his life time he was never hunted by with doctors. 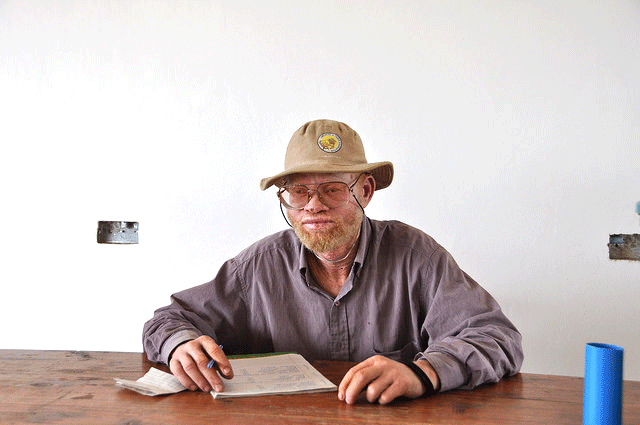 As he grew up to young adult, he decided to deal with his self esteem and not being a vicim anymore.  He accepted him self, got married and today enjoys a normal life like anyone else. He loves working in Albino center and has high hopes for people affected with albinism.

Once the Albino center is finished, it will serve as a day center where children and adults will find many creative and educational activities after school including providing food and other necessities. Financial donations  from visitors are most welcome, even more than any other form of material support,  but if you visit them, and want to donate useful things, then sun glasses and hats along with sun screen are on the top of things to bring. 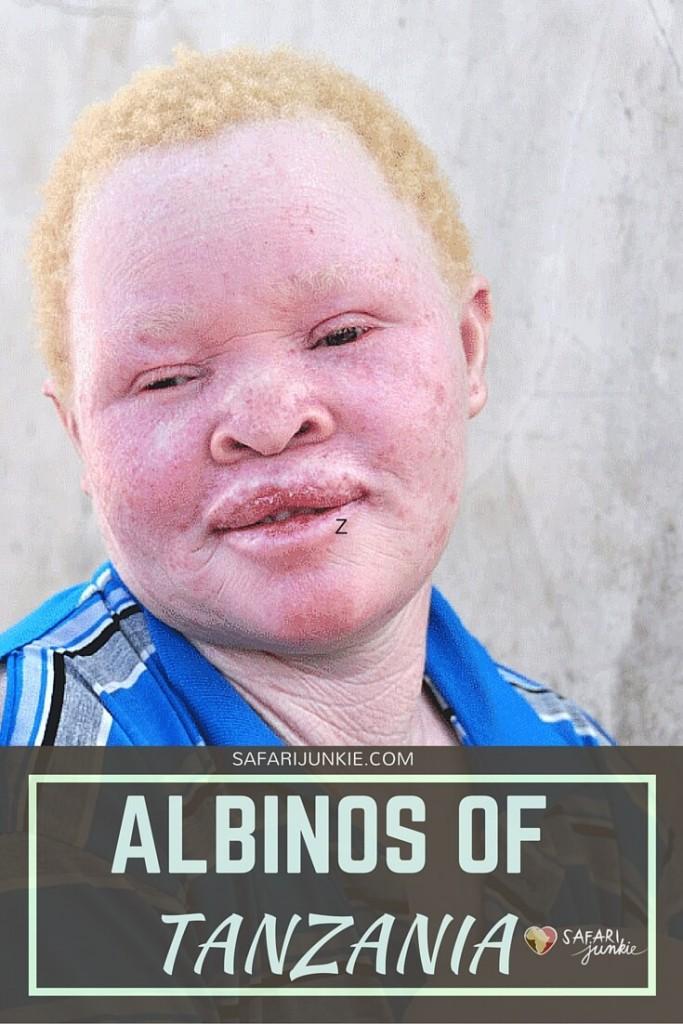