How to Spend 24 Hours in Khartoum Sudan

If you have only 24 hours in Khartoum, you will not be able to see everything, but if you plan a little bit, even a day in Khartoum will not disappoint you. Khartoum is huge city. Its three cities in one: Khartoum 1, Omdurman on the west bank and Bahri (Khartoum North) on the northern bank. 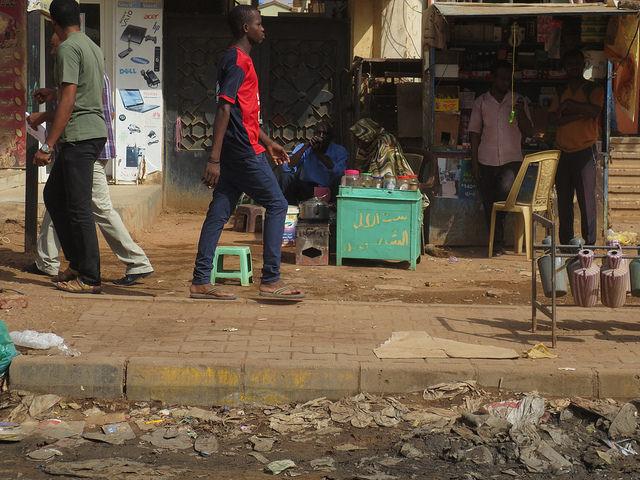 If you are on your own using public transport in Khartoum, you wont have much options to hop around the city as you will lose lots of time to come from point a to b around this huge city. It is better to choose one or two parts of Khartoum.

With private transport you will have more freedom to efficiently move around the Khartoum, although traffic can be jammed specially on Airport street. For those exploring Khartoum mostly on foot, here is a map of Khartoum.

Things to Do in Khartoum

Souq Arabi is main commercial area where you will be able to buy all kinds of souvenirs. Souq is divided into several shopping divisions, from gold market where window-shops are stuffed with golden jewellery to shoe area where you can find shoes of all kinds of leather, including snake and alligator skin. 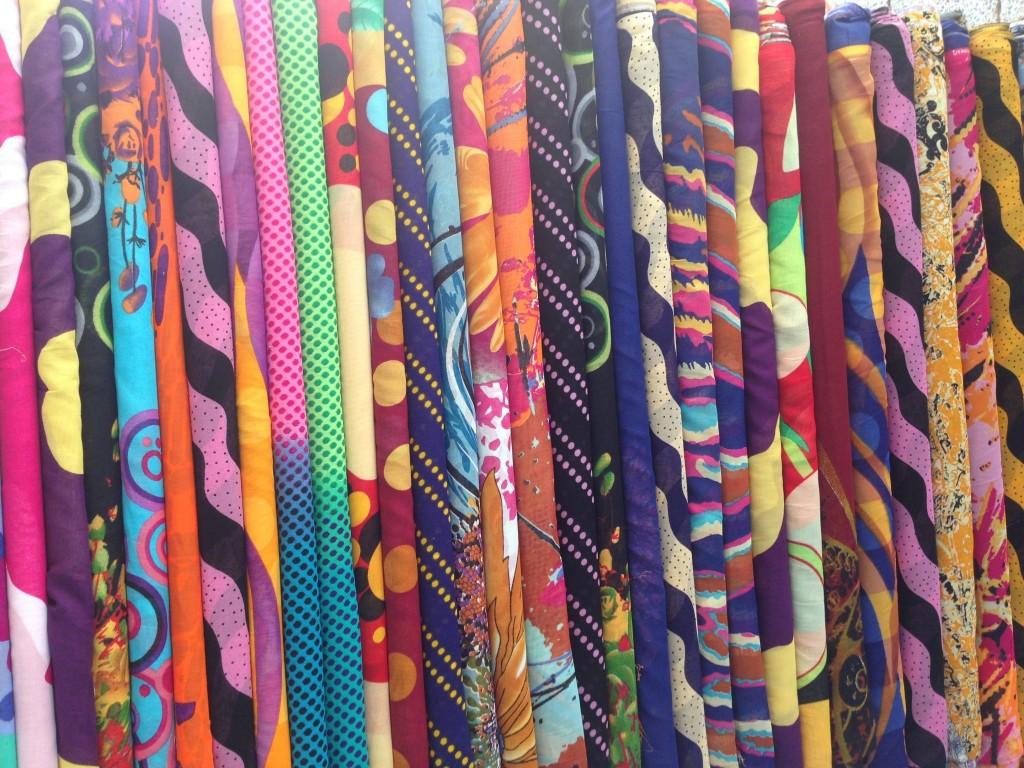 There are many shops with clothes, fabrics, scarves, more clothes and more fabrics. Female travellers might get surprised as there are no fitting cabins in fashion shops (at least the shops at the souq) and mostly men work at female shops.

Souq Arabi is overlooking the Great Mosque (Mesjid al-Kabir). In this area you can also exchange some money on a black market. No need to look around, money exchangers will find you. 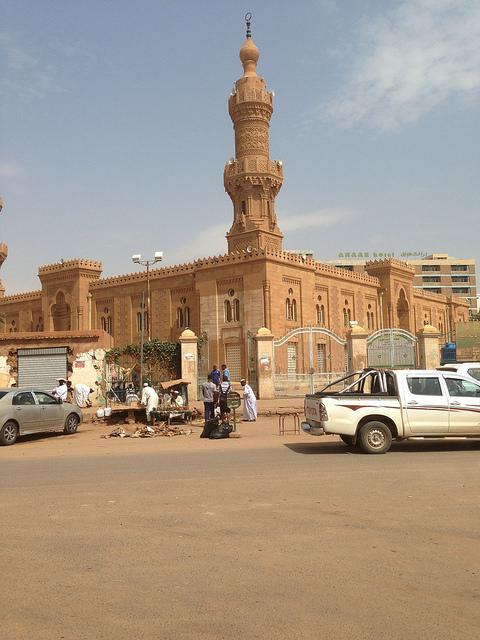 Nile street is probably the most “beautiful”  (or the cleanest maybe) street in Khartoum. While being in this part of the city you have option do several things. As much you will be tempted to make photo of Tuti bridge, don’t! It is prohibited to take pictures of bridge since its considered a strategic point.

If the right person catches you in the act, you can get arrested or in milder case you will be warned and forced to delete the photos on your camera.

Tuti island lies opposite of Corinthia hotel and from 2009 is connected with massive Tuti bridge. Once you are on Nile street its easily accessible and for those who are looking for a bit of more peaceful environment, it seems like nice city escape.

Tuti Island is a quick introduction to life outside of Khartoum while still in Khartoum, although this my change in the future as city is prospecting and becoming more and more urbanized. On a walk on Tuti Island you will most likely find a nice view point – a beautiful cliff where you can see the confluence of  Blue and White Nile.

Panoramic Views of Khartoum and Confluence of Nile

If you are too lazy to visit Tuti island, you can see it from one of the top floor restaurant in Corinthia Hotel. To escape from the heat, you can have a coffee or lunch in air conditioned Corinthia hotel.

The restaurant in 18th floor is the highest publicly accessible spot to see panoramic views of Tuti island and blue nile.

While you are there just 5 minutes walk down the street you can visit Sudan National Museum to see the artifacts of Sudanese archeological history or cross the Tuti bridge and explore the Tuti island. 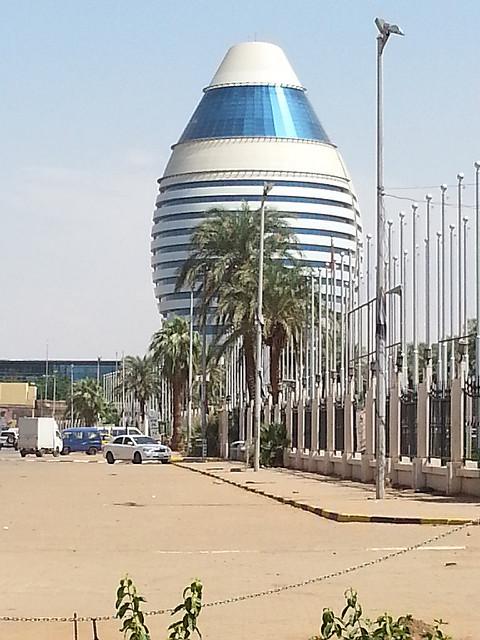 Have a Picnic on Green Yard

Usually being used as an event venue for concerts and sports events. When there are no scheduled  public events, green yard turns its function into a park in the evenings and becomes prime social area. Sudanese don’t go to restaurants in the evening like westerners would go. 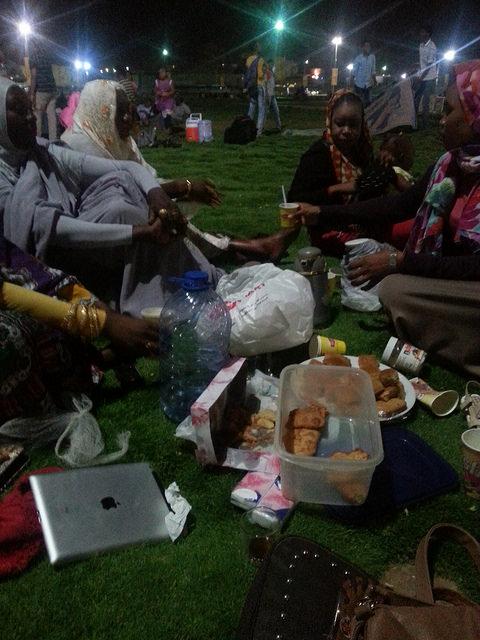 If you want to mix with locals and see how they enjoy the evenings in Khartum, Green Yard is the most local public place to hang out in the evenings. Between 7 PM and 11PM locals gather with their friends or families, sit on the grass and and relax by drinking tea or coffee while children play.

It s a small fee to enter, a few SDG. Green Yard in Khartum is close to  the airport, and you can see planes very low flying above the green yard just before the landing or taking off.

Things to do in Omdurman

Omdurman feels totally different than other parts of Khartoum and is known for the biggest market in Sudan if not in Africa. 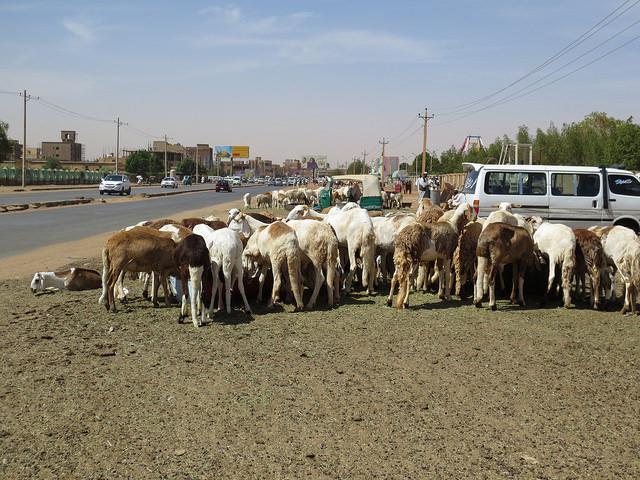 An endless maze of narrow allies and stands selling just everything one can think of for a cheaper price than Souq Arabi. However, Khartoum has an abundance of all type of souqs, in case you are in a hurry and don’t want to loose time on reaching Omdurman, there are smaller but similar souqs just on every part of Khartoum. 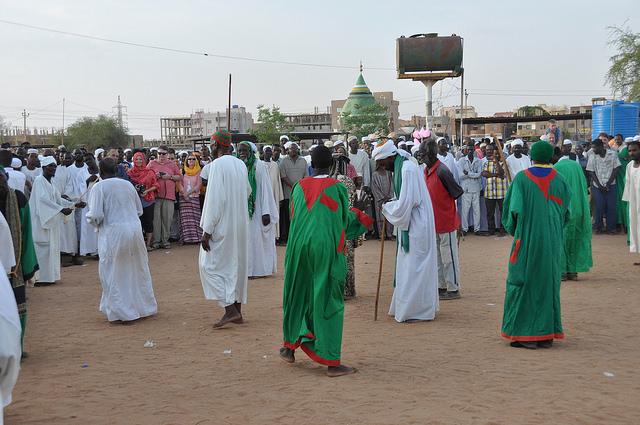 If you have only 24 hours in Khartoum and its Friday, whirling Sufis in front of the Hamed al-Nil mosque are a must see. Event starts at 4 pm with some intros, but actual Sufis appear  between  5:30 and 6 PM.

The first hour two men dressed in white gelabiyas beat on the drum in the circle of other people, hop around and sing. Men from the crowd can join them, but have to pay a small sum of the money into the pouch on the floor.

Noisy, atmosphere with amazing rhythms from the tambours (drums), clapping and  zikr – chanting will soak you into sufi ceremony! Of course there are rules when it comes to the ceremony. While forming the circle around Sufis, women are not allowed to stand in the first row of the circle, but in the second row.

I didn’t know that so someone approached me and told me to go stand in the back of the circle quite in a rude way.

The easiest way to reach Hamid el Nil Mosque from Khartoum by public transport is to start from Arabi Bus Station and look for minibuses heading to Hamed al-Nil Mosque. To reach the Mosque should take around 20, 30 minutes if there are no traffic jams on the way.

While it is fairly easy to go there by bus it is a bit more difficult to get back to Khartoum after the event is over. In the night buses are less frequent and although I was with a local, it took us to ask around for direction where to catch the bus that still drives to Khartoum.

After a little less of an hour of walking through Omdurman we finally found the waiting spot for bus heading for Khartoum. 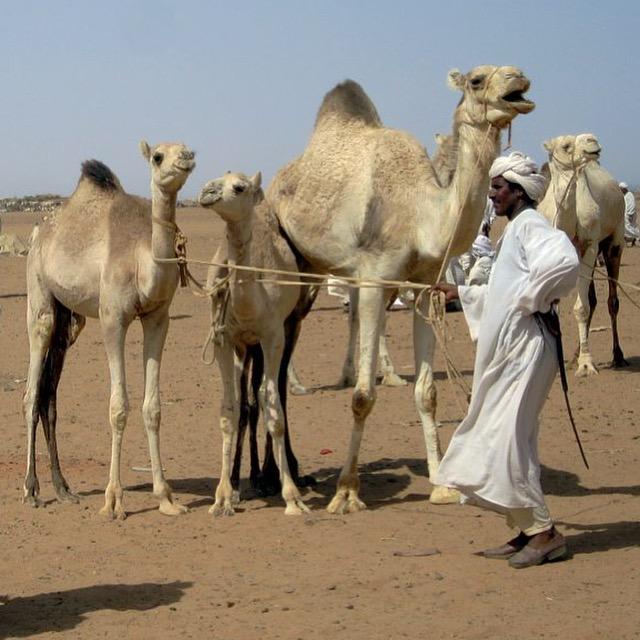 Why not buying a camel? Definitely one of more interesting things to do in Khartoum.Darfur is the major camel-raising region in Sudan, and the majority of camels for sale in Khartoum come from the west, bred by the many tribes of the Juhayna Arabs.

Most camels are destined for the Egyptian market, which has a high demand for their meat. The Beja and Rashaida represent eastern Sudan; their Bisharin camels are highly prized in the Gulf States for racing.

Nuba Wrestling takes place in Bahri ( Khartoum North) each Friday at around 4 PM. The modern Nuba wrestling differs much from its ancient and original form. Wrestlers nowadays fight wearing shorts and t-shirts but the real ones, the wrestlers fight naked while covered in ash. The wrestling match usually takes place in Souk Sitta (literally means market no. 6) in Hajja Yusuif east of Khartoum, and the games starts ba’adan Asr. 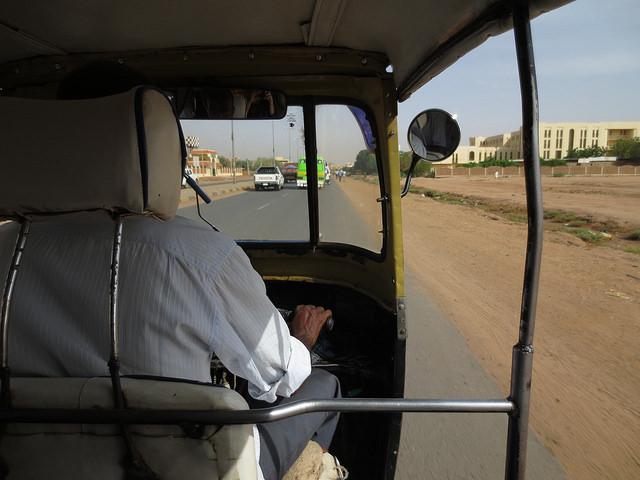 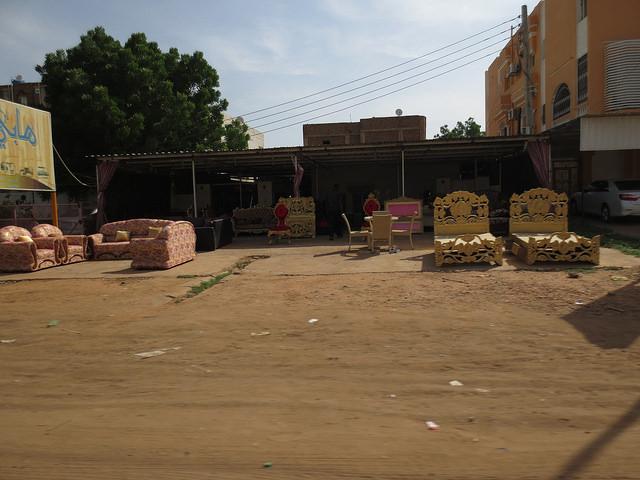 Have you travelled to Sudan, did we miss any other things to do in Khartoum? Leave a comment below.