All You Need to Know About Hassan II Mosque in Casablanca

When it comes to Casablanca Hassan Mosque, the use of superlatives can not be avoided. If you are travelling to Morocco and plan to visit Casablanca, Hassan II Mosque is definitely a must see place.

There is no entrance fee for being outside, but if you want to see interior of Hassan II Mosque with a guide there is entrance fee.

Tourists pay 120 MAD, which is about 12 USD, while foreign students and foreign residents of Morocco pay 60 MAD (cca 6 USD)

Children under 6 (accompanied by their parents)  – free entrance

Best to visit guided tour is early in the morning before the tourist buses arrive packed with tourists.

This is especially true for months in high season in Morocco, I visited in January and there were no crowds, was a very pleasant experience.

Tour guides to Hassan II mosque expect an extra tip at the end of the tour. 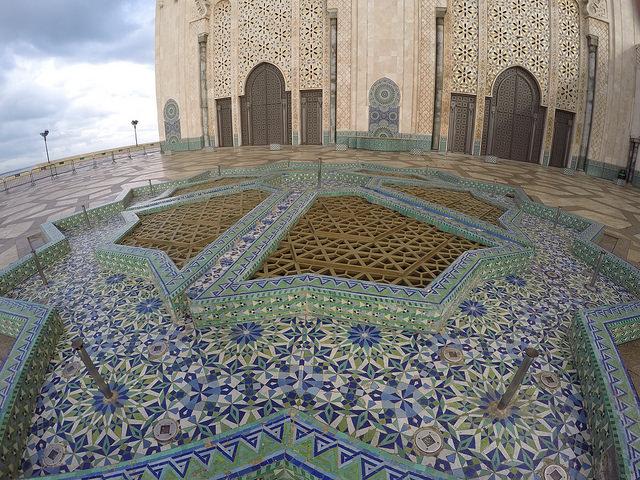 It is only possible to visit the mosque through guided tour outside of prayer times. Opening times vary throughout the year and afternoon tours don’t take place during the holy month of Ramadan.  Working hours are generally divided to Winter time schedule, summer time schedule and ramadan.

Tours are open from Saturday to Thursday in the mornings and one tour in afternoon:

Tours are open from Saturday to Thursday in the mornings and two tour in afternoon:

During Ramadan, guided  tours are open  only in morning hours:

You can not book or purchase tickets online. There is a  ticket office  at the beginning of the complex in front of the large parking lot. The tours take about 40 to 45 minutes. 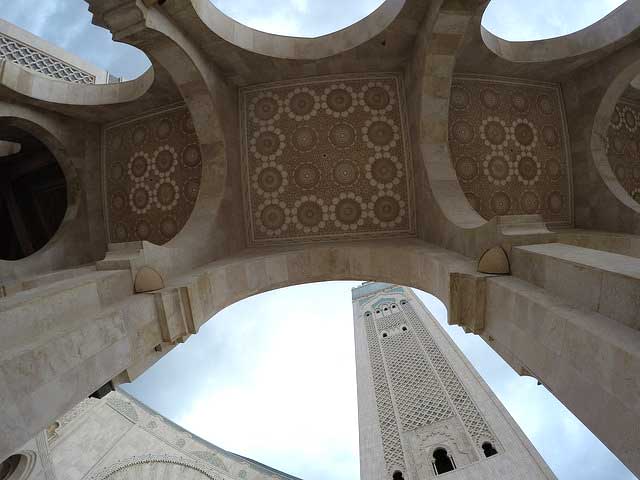 How the tour looks like and what will you be seeing in the guided tour? Tour is divided in four sections and lasts about 40 minutes. You will see: 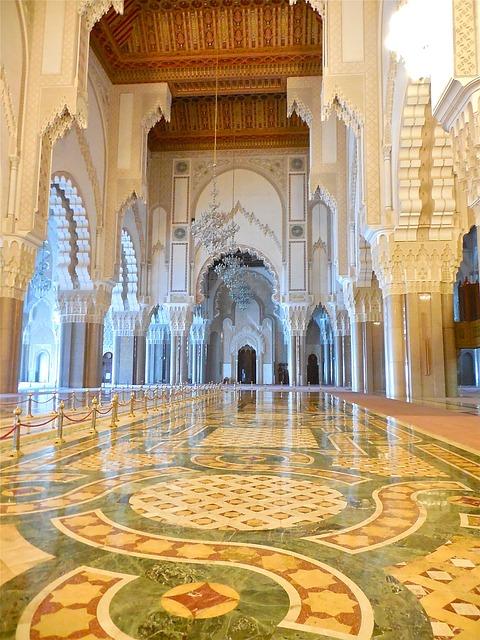 The roof covering required the installation of 300,000 tiles made especially of cast alluminum, imitating the traditional glazed terracotta tile from Fez but four times lighter. 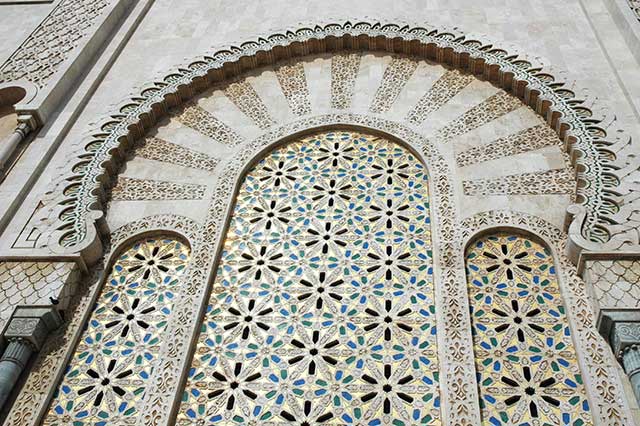 Like everything in this mosque is grand, this hall consists of 41 marble fountains in the form of lotus flowers and 600 water points. Maximum capacity at once is 1600 people.

24 Hours in Casablanca – Things to DO

As is the tradition of Morocco, the Hassan II Mosque has two identical hammams, one for women and another for men with an area of ​​6000 m 2 .

They consist of two spaces: the first with three rooms for the ritual of the Moroccan bath and the second for relaxation; it is equipped with a basin of water heated to 38 ° C with a depth of 1.5 m and steam vents; in an arch and vault decoration in Zellige (ceramic)  and Tadelakt (moroccan plaster) .

The Hammams are built in the basement of the courtyard of the Mosque, on an area of 6.000 m2. They are designed to accommodate 1,400 people equally divided between women and men.It is accessed by an enormous staircase decorated with green marble columns and friezes finely encrusted with Zellije. 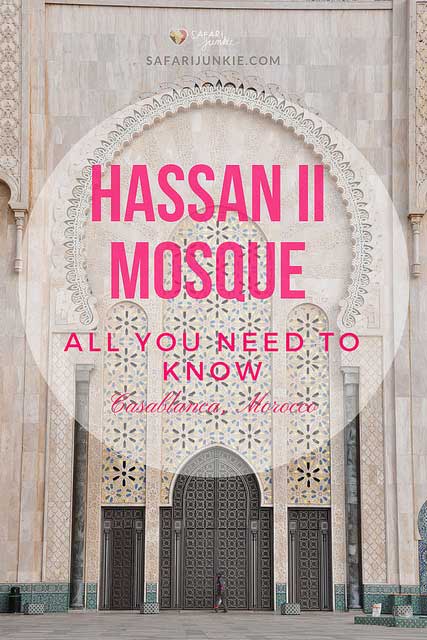 Other Things to Know

Mosque is located  2km from the Gare Casa Port (train station) along Blvd. Sidi Mohammed Ben Abdellah. If you are taking red taxi in Casablanca, a common short taxi ride should not cost more than 15 MAD to 20 MAD. Most likely you will be charged 50 MAD if you dont haggle.

If you are looking for hotel close to Hassan II Mosque, Melliber Hotel is the closest.