Essaouira is definitely the place to dig into some seafood. While exploring Essaouira I tried different restaurants and places to eat, but the best meal I had, was during my stay on AirBnb. A lovely manager of riad, Fatimzahra invited me for home cooked Moroccan fish Tagine dinner.

Tagine is probably most frequently served dish in Morocco. And while in Morocco, one has to try it at least once. During my trips to Morocco I ate many tagines, with beef, dates, figs and when fish tagine invitation came to me I was excited to finally taste the fish version. There are literally endless versions of this Moroccan stew and fish tagine is just one of them. 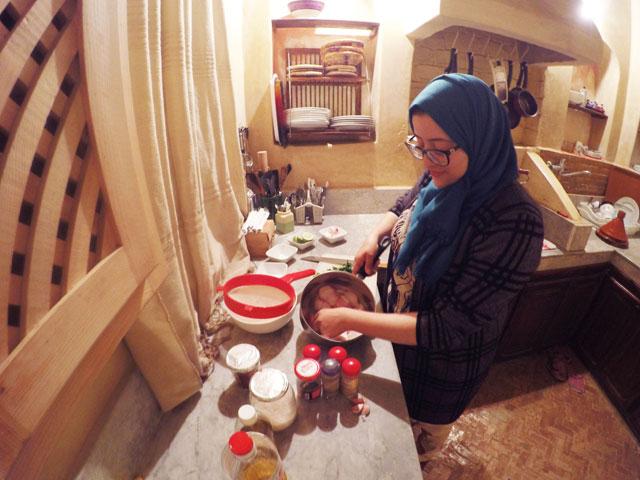 Since she is great cook, no need to mention she did the cooking and I made notes, learned and watched. If you are looking for authentic Moroccan fish tagine recipe, here it is. 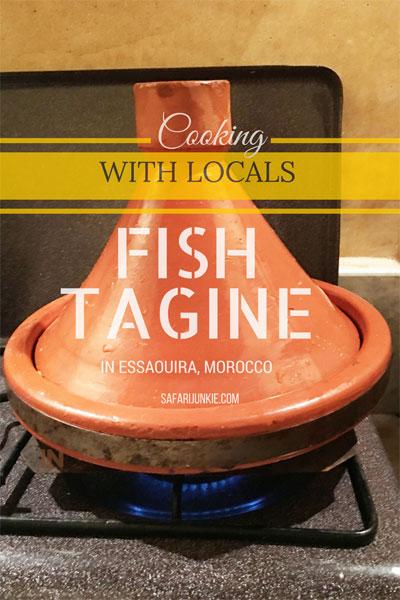 Marinade the fish with all ingredients (except zucchini) and spices, mix well with hands so the flavors mix as much as possible. In tagine put those slices of zucchini at the bottom of tagine add the fish marinade on the top and voila, time for cooking. 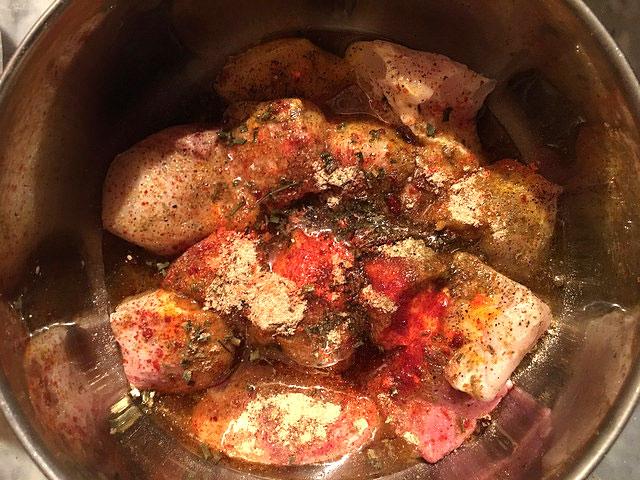 Cooking fish tagine 45 minutes on medium heat. We cooked on gas and it was mandatory to use heat diffuser, that prevents tagine from cracking. Diffuser should also be used if you cook on glass surface. Never put tagine directly to the heat. 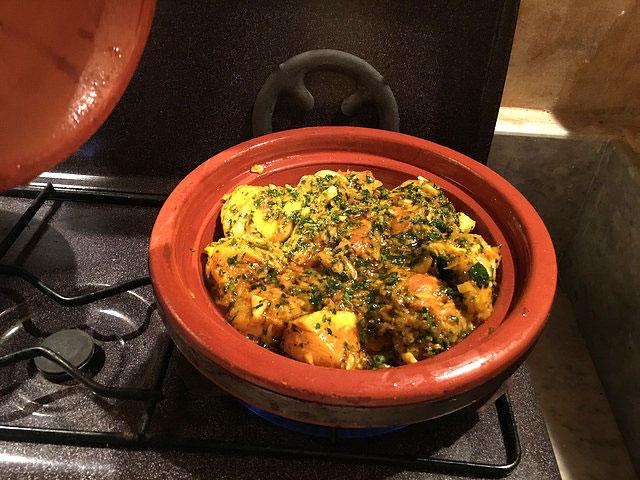 While waiting for fish tagine to be cooked, we chopped the rest of the violet onions, we used three medium sized onions. In separate bowl mix chopped onions with 2 big spoons of white sugar, 1 spoon of salt, 1 spoon of cinnamon, 4 spoons of oil and cook slowly until the mixture gets sticky caramelised texture, the onions should be soft and glassy.

When fish tagine is cooked, add the caramelised onion mix at the top . This gives the meal a sweet, caramel flavour. My host made a mixed salad on the side, some fried potatoes and a plate of olives was served along with Moroccan bread. We could easily invite two more people for this dinner and I am sure we all would have happy tummies. 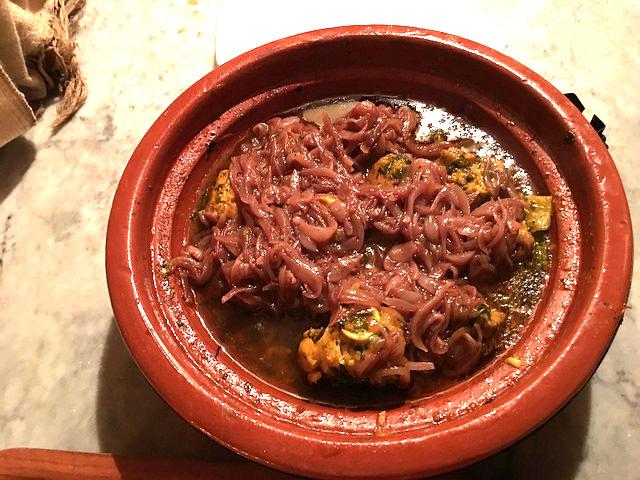 If you really want to eat like locals, eat tagine with hand.

The beauty of cooking tagine is that basically you don’t need any recipe. Just be creative with ingredients and improvise according to your taste. Really handy for those who have hard time following recipes (like me!). Culinary night was definitely highlight of my stay in Essaouria.

If looking  what else is out ther edo in this coastal town?  Here are Top things to do in Essaouira you should not miss! 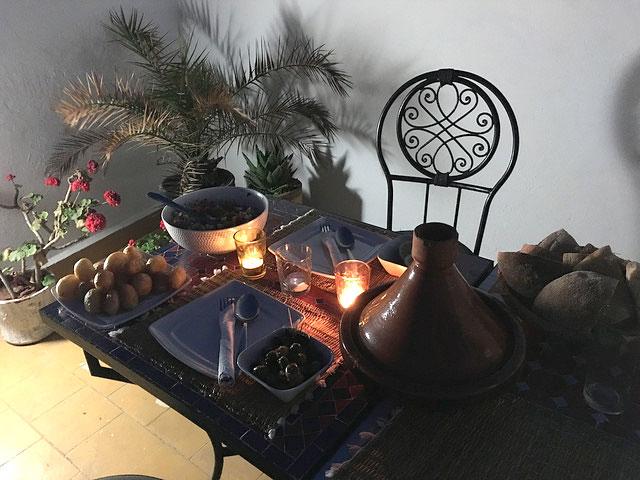 Have you been to Morocco – how did you like the food? What was the best dish you ever ate on the trip? Leave a comment!