Paga is a small town in Northern Ghana and it is located on the border with Burkina Faso. Paga is the most transitional border in the Northern part of the country. But, despite that, the town is well known also for friendly crocodiles. There is a perception that crocodiles are those kind of animals, who are dangerous to humans. That’s why people don’t approach, but rather avoid them. But not in Paga.

Crocodiles over there have never hurt humans and have been sacred among people of Paga for many centuries. Today, crocodiles reside in ponds, so called sanctuaries, in the town and can be not only observed and fed, but even touched by tourists! 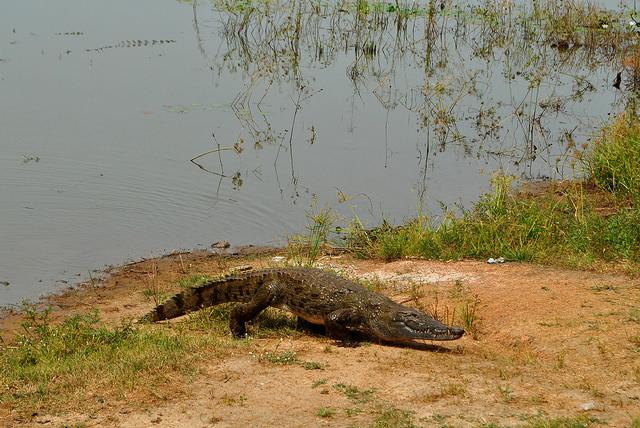 Why Crocodiles are Sacred in Paga?

There are two stories that tell how crocodiles of Paga deserved to be sacred by the Paga residents.

Dozens of generations ago, patriarch Nave founded Paga. At that time, his grandfather Panlogo contested for the chief position, but his brother was the one who won the great position. Panlogo, full of disappointment, decided to leave his homeland.

He travelled with his sympathizers north all the way to Tampela, present Burkina Faso. But, as expected, his enemies or his brother’s supporters followed him with cavalry. Panlogo and his colleges came to the point, where ranging river prevented their escape. There was no way to cross the river, since they had no means of transport.

When they were about to give up, Panlogo saw a crocodile in the water just close to them. Panlogo and his people believed that the spirits of their ancestors resided in crocodiles. The leader then pleaded the crocodile for help and swore in gratitude that, from that time on, neither that crocodile nor any other will be ever hurt, killed or eaten by his people. 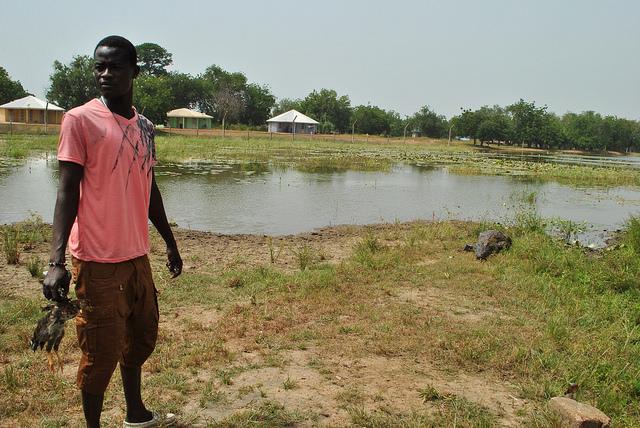 The Legend of Nave

The Legend of Nave proofs that his father Panlogo was right when commanded to others to treat crocodiles just as they treat every fellow man:

“Nave was born to Panlogo and grew up in Kampala  Nave grew up to be a powerful hunter. He lived in a time when no borders cut across the savannah. Nave hunted freely over a vast area hunting to bring food to his family. One morning, the harmattan wind refreshed Nave as he set out from his family compound to go hunting.

His trusty dog trotted at heels as they made way into the bush. He expected to be back the following night where upon his fathers and mothers, brothers and sisters would sit around communal bowls of tuo zaafe[local staple food] and fresh bush meat.

Nave clutched his wooden bow and slung his quiver of poison tipped arrow over his shoulder. However, events did not go as planned. Hot in pursuit of an antelope Nave followed underground into an aardvark hole. The aardvark, frightened by Nave, escaped through the main entrance and covered it up trapping Nave below. Blinded by the darkness Nave did not see the antelope leave through the alternate escape opened. 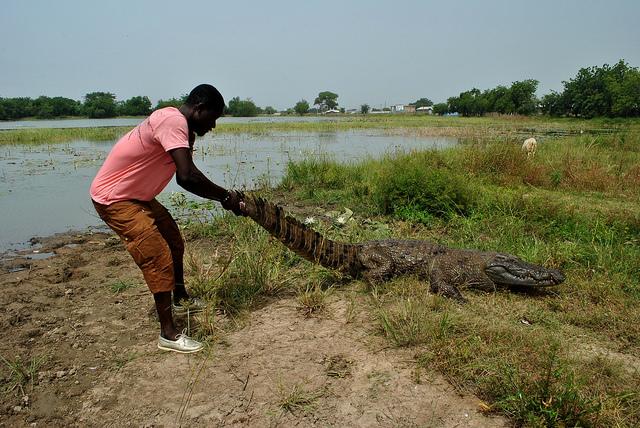 His lips were dry and cracked, his skin pale and pasty. He was no longer conscious. Witness of all this was a crocodile. The animal had been hiding out in one of the cool chambers of the aardvark’s extensive hole. Seeing the man’s plight, the crocodile crept up to Nave and, using his tail, brushed cool dirt on his chest. Nave regained consciousness.  Certain that was his reprieve, Nave rose to follow the crocodile out of the aardvark’s den. 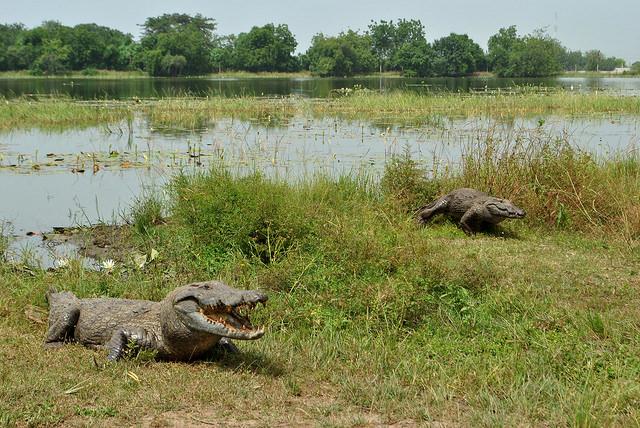 Outside the crocodile walked to a pond of fresh, clear water and laid down in the grassy bank. Nave quenched his thirst the pond. He filled his ground with enough water to see him safely home. Back at home Nava’s family rejoiced to see him alive and he recounted his father’s vow that none of their kin should kill harm, or eat the crocodile.

Nave was pleasantly surprised to find a colony of crocodile inhabiting in one of the ponds in Paga, similar to that of his homeland, Kampala. He believed that the animals followed him from Kampala to his new settlement so that they could watch each other. Since the foundation day the crocodile has been a totem to the Paga people.”

Crocodiles are Believed to be Souls of Bygone People

Harming a crocodile is a capital offence in Paga. The crocodile lives in safety in the water of Paga and so it also is friendly and refrains from harming people. It is further believed that crocodile in the natural ponds of Katogo, Chura and Cho-Buga (all in present day Paga) are related to the people of Paga and are indeed the souls and spirits of bygone generations of Paga people.

Consequently, killing a crocodile amounts to homicide in the viewpoint of the Paga people, as a corollary it is also believed that if a crocodile dies in Paga, the death of one of the town’s people is imminent. 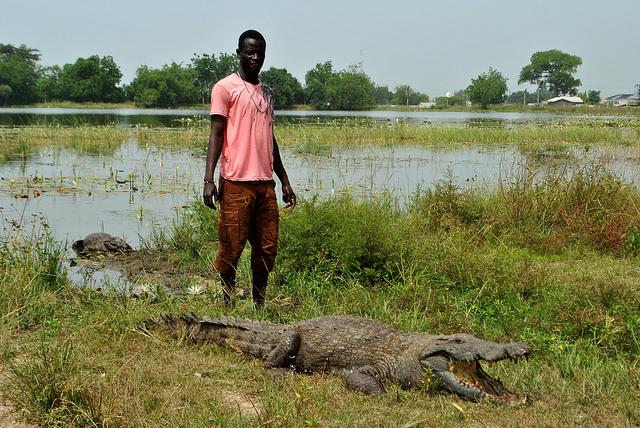 There are two ponds of crocodiles to visit in Ghana. The first one is called Chief’s pond, which lies just at the main road, on the left side when going towards Burkina Faso. The second one is Zengo pond, about half a kilometre east off the main road. I visited the first one.

Not far before the border, there is a signpost just on the wall of the sanctuary, so it is difficult to miss it. An entrance fee is 20 GHS, if you want to take photos you will be charged 5 GHS more. But that is not all. Crocodiles usually don’t roam around the pond, but stay inside the water.

In order to lure them out of the pond, keepers use a chicken. So, they make you buy a guinea fowl for 5 GHS. Afterwards you can enter the sanctuary, surrounded by wall. You have to follow the keeper and you should not walk too close to the pond. The keeper, holding a guinea fowl, whistles and calling crocodiles. 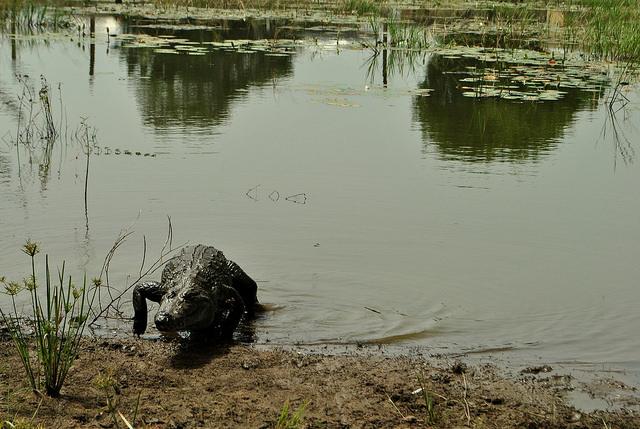 When I visited the place it took about 10 minutes before we could see the first crocodile’s snout and tail. He first one was moving slowly, so nobody really feared it. Afterwards, we could see two more, coming closer to us. When the first one who came out of the water, everybody presented could come closer and posing with the crocodile began.

One by one, we crouched by it and over it, touched its back and held its tail, while others were taking photos of us. There are specific poses that visitors are told to carry out in the immediate vicinity of the crocodile.

So far, I have never heard or read about crocodiles in Paga who would have hurt a human being. But you have to know, if you decide to enter the pond and even touch the crocodile, you are doing this at your own risk.

The few rules you have to follow when visiting crocodile’s pond: always follow the keeper and not do things your own way; don’t walk too close to the pond unless the keeper says so; when posing with them, never approach from the front, but always from the side or back.

To be honest, I haven’t felt totally comfortable when posing for snaps and holding its tail, but most of people just do it without any restraints. Locals are, as I have heard, even more courageous: kids swim in the water full of crocodiles and their mother do their laundry in the pond. 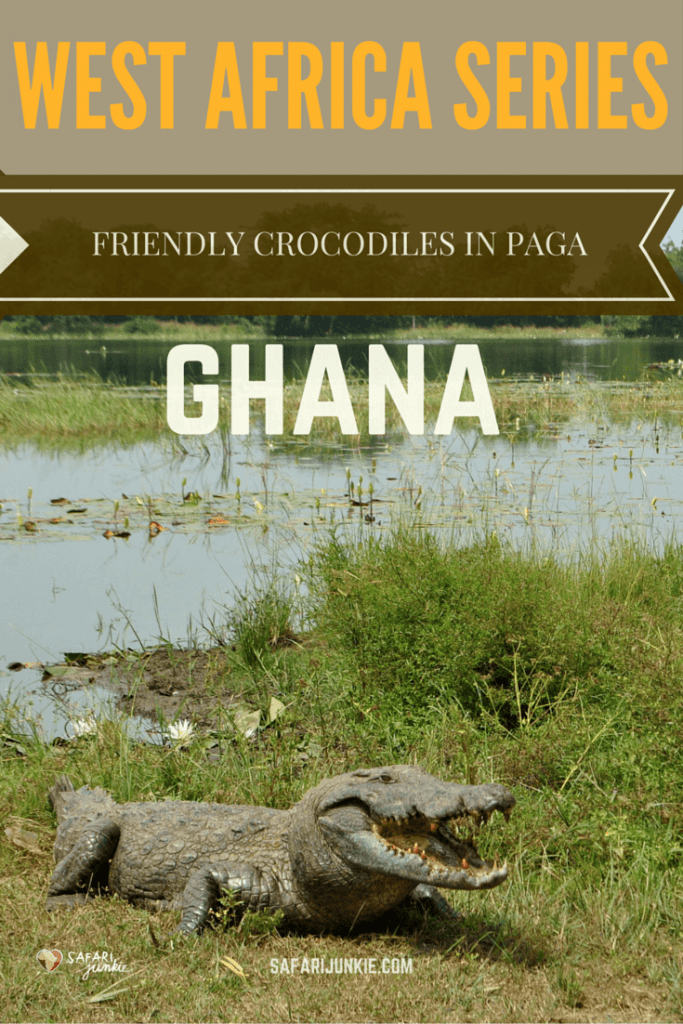