Off the Beaten Path in DR Congo

Travelling experience inside the Democratic Republic of the Congo (D.R. Congo) has always been impressive but still an ignored destination by many. Outside of Gorilla and Nyiragongo Volcano, DR Congo has thousands of stunning attractions with a full immersion into Congo culture and local life that remain unknown. In this context, Congo Local Guides, with its unique experience, provides you with an unforgettable and incredible day and multi-day trips to local and remote Congo with custom-made tours, off the beaten path tours, real insight into local culture, customs, Congo rivers, falls, and forests. For travelers to Congo who still wonder where to go, what to do, what tour operator to go with, this article will be of major interest.

Many travelers to Congo always ask this question before planning their trips to Congo and of course, the security is of great importance as a traveler. From the international media, it’s possible to consider Congo as inhabitable but that isn’t the case on the ground. Though the country is frequented by wars, approximately 80% of Congo territory doesn’t present any risk for tourists. The west, southern central, and the main cities of East are safe for visits. Many of Congo visitors, as well as solo travelers, have left their reviews and testimonies on Lonely Planet or TripAdvisor where you can read about their experience in local and remote Congo.

Therefore, there are already identified magnificent, rare and historical attractions spread along the safe part of Congo. Whether you will be travelling to Congo overland or by flight, we are open to discussing the ‘to do list’ and provide local guides to ensure guests live and experience the real Congo life with the locals.

How to get DR Congo Visa?

This the second recurrent question. The lack of reliable information to Congo visitors has negatively impacted Congo travels. As one can read on Trip Advisor or Lonely Planet, several tourists to Congo have missed their trip because they could not get a visa. It is obvious that facilitating traveler’s visa application is crucial and makes it easier to obtain the visa before or on arrival. Whether a traveler need an invitation letter, Virunga Visa, or any type of visa, it remains possible and shouldn’t be an impediment to the trip plan to Congo. There are two possible ways:

First, it is advised to identify if there is a diplomatic mission of D.R. of the Congo in one’s home country. If not, check if there are neighboring countries that hosts one. Should there be one, traveler may go there and ask for all necessary information for a successful visa application. They may require you an invitation letter which a local tour operator or an individual established in Congo may provide.

Then, in case there are any D.R. Congo diplomatic mission around and still planning for a trip to Goma or Bukavu for either Gorilla and Nyiragongo hike, here is an easy way to apply for a visa. Travelers can book for one activity provided by Virunga or Kahuzi-Biega National Parks. Beyond, this visa can be extended if one wishes to stay more than two weeks and visit other provinces of D.R. of the Congo. However, this is after reaching Goma or Bukavu.

How to reach the DR Congo?

Additionally, Congo territory can also be reached through one of its several entry points serving as borders with its nine neighbours.

Places to visit in DR Congo

Congo Local Guides offers it’s tours in various ways with the aim of reinventing Congo tourism. Not only do we aspire to be the leading stakeholder in the Congo travels & tourism industry, but also bring out the unknown Congo to travelers through sustainable & eco-friendly practices, while taking travelers out of their comfort zone. The method helps to know Congo from the local perspective, through interacting with the people and their environment. Imagine traveling for weeks or months along one of worlds’ largest river, in one of world biggest rainforests and jungle, interacting with the indigenous tribes and learning the history of Congo from the grassroots… This is something achievable and not impossible. 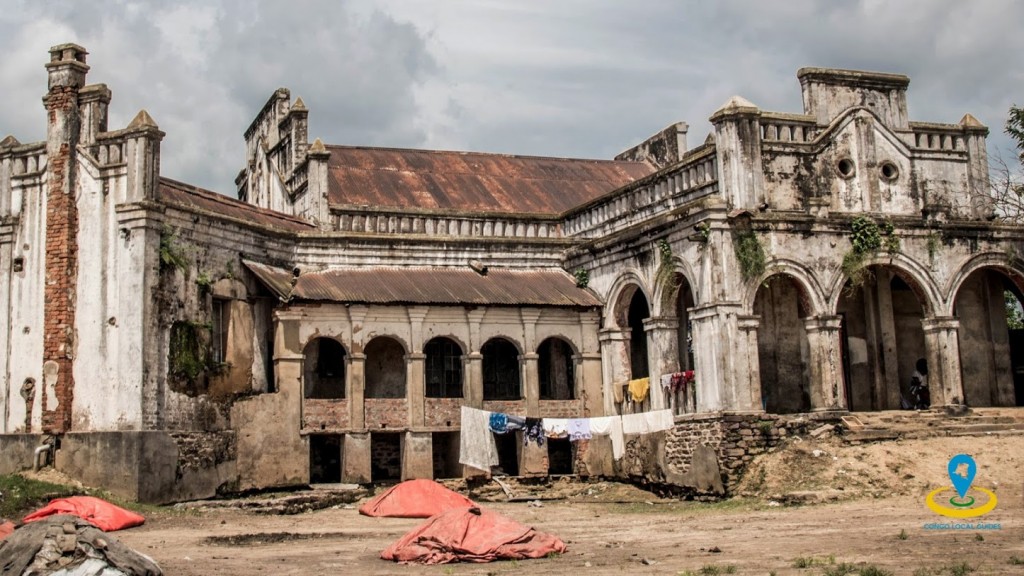 In the contemporary world, tourists travel not for popular destination but to seek something new, authentic, and original in their lifetime. Majority come from developed countries with developed infrastructures and thus have a story of the Congo they are visiting. However, by the time the tours finish, they have gotten multiple stories about the country. The main of transport and the road itself will be the welcome gift to Congo villages and the different local rich dialects spoken by approximately 500 tribes. The country is too big, and thus many of these tribes live in remote forests where one has to hike to access their livelihood. For instance, it is needed to hike for about1,000 km to interact with pygmies in Equatorial forests in Ituri, and 1,500Km to Equateur province to interact with Chokwe in Kassai, about 700 km to meet Pende of Gungu, and for about 1,800 Km to meet Salampasu on Congo border with Angola. The packages include: outing in forest for a demonstration of different types of traps, gathering medicinal plants with locals, rituals, ancestral practices, dances, enthronization, witchcrafts beliefs, visit of healers, fishing, schools, orphanages, etc. For the lovers of authenticity, this is where they want to go. Additionally, equator mark lines from 1950s in rural areas and forests can be tracked.

The DR Congo, known as geologic scandal has 54% of African fresh water, 13% of world fresh water, the second world largest forest, arable land equivalent to the Chinas’ and estimated to double feed the deficit of the planet. The country has numerous falls, many of them in remote and hardly accessible but with friendly and prominent local guides, you will access the remote areas.

Rivers, falls, and lakes offer popular activities such as kayaking, canoeing, boat cruising, fishing, swimming, etc. Talking about rivers, Congo has over 200 hundred rivers that are part of the Congo river basin. The longest is the Congo River about 4,700 km long. Expeditions can be organized between Kisangani and Kinshasa, as well as between Kindu & Ubundu and Bukama & Kongolo. For several days, travelers discover  Congo rain and primary forests, swampy and flooded forests, and fishing tribes living alongside the Congo River. Visitors will also interact with tribes living in these remote areas. Why should you visit the Congo River? There are seven main facts on it: ü  The Congo River is the world’s deepest river, reaching a greater depth than 720 feet in the Lower Congo;ü  The Congo River is the second longest on the African continent, behind Nile River. Its 2,920-mile length, however, puts it eighth among the rivers of the world;ü  It is the most powerful African River with almost 2 million cubic feet of water flowing into the ocean during wet season;

The Congo River is a major highway: The difficulty of traveling overland and the expensive flights make travelling on the waterways of the Congo River essential. The economy neighboring communities and businesses along the river and far into the inland depend on the accessibility of the steamers and other water vessels to supply some needs; 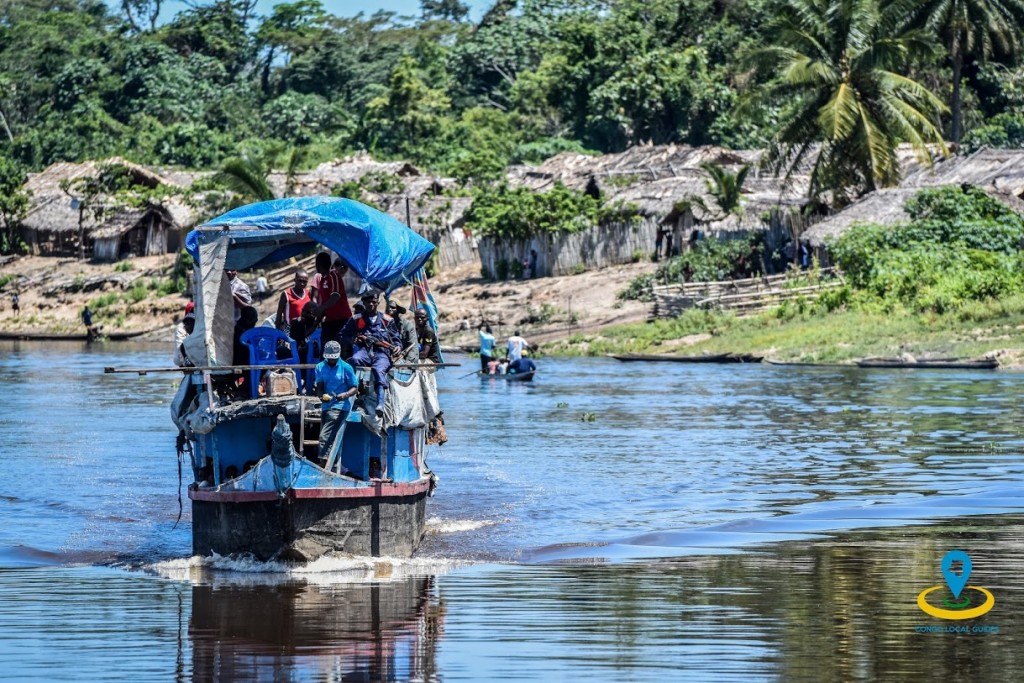 As a geologic scandal, the eastern Congo Virunga and Rwenzori mountain chains are important opportunity for hikers and trekkers. It is a life-time experience to reach the Marguerite Pic with its 5,109m of altitude of the Mount Stanley (Rwenzori), the third African elevated point after Kilimanjaro and Mount Kenya, and historically referred as the legendary of Antic Egypt and later the Antic Greece.

Another life-time and memorable experience is to hike the majestic stratovolcano Nyiragongo, the most active African volcano (erupted 34 times, the recent one in 2002) and the world largest crater lake culminating 3,470 m of altitude. Hiking with local guides simultaneously immerses hikers into the numerous breakout history, how this has transformed Goma and its surrounding areas and everyday life in fear of unexpected eruption. 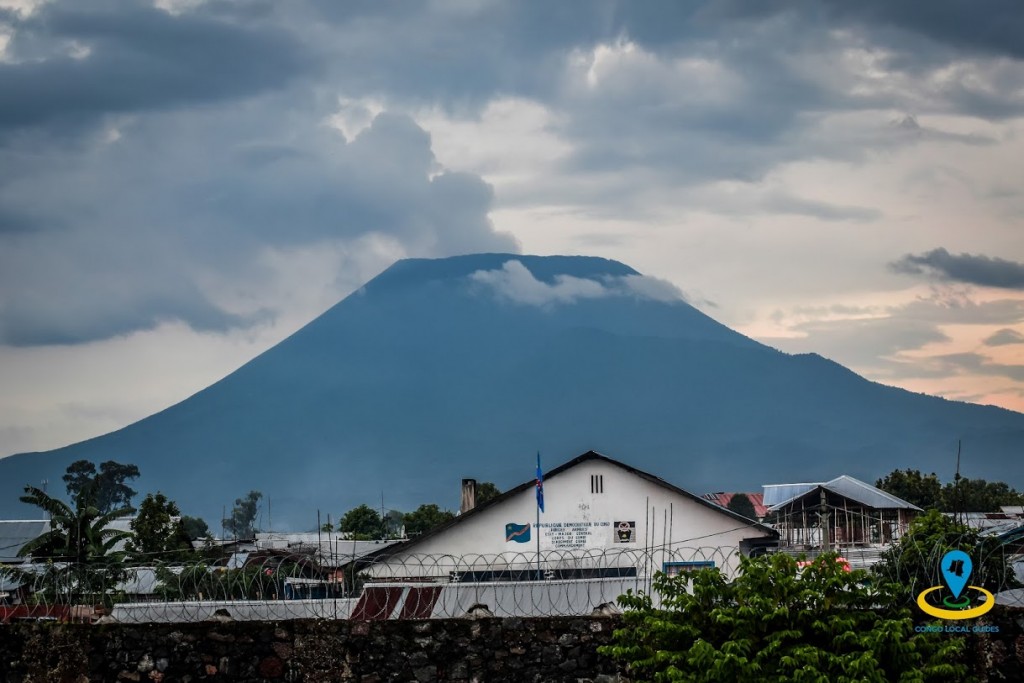 Besides its eight national parks plus recently created, Lomami Park, the Congo is known for its immense savannahs, grassland, woodland and wide range of endangered species such as Congo peacock, mountain and eastern lowland gorillas, the bonobos, etc. Therefore, parks to be visited include Salonga in the Congo River basin and Garamba national parks, which is among Africa’s oldest parks and has been designated as a world heritage. Maiko National Park lies in one of the most remote forest areas of the country, the majestic Virunga National park, the African oldest, Kundelungu, Upemba, Kahuzi-Biega National Park, one of the Top100 sustainable destinations.

It is important to know that most of Congo Falls and Rivers are located in National parks and forests. This makes easy in a single itinerary to visit animals, rivers & falls, hike mountains and gain local experiences interacting with people living around.

With over 60 reserves across the country, the Congo also invites students and researchers to its unexplored land. Congo Local Guides is going to provide full guidance through this learning experience to facilitate an easy in-person interaction with locals and officials. For instance, Yangambi, a port city, 90kms downstream Kisangani, is one of the world largest tropical forest with 4,000 ha of biosphere reserve. Here travelers and researchers explore: the largest herbarium in Africa made up of 150,000 species, including 6,500 national varieties; Xylotheque (collections of woods samples of 1,250 specimens); A library of great historical value; An arboretum of 1,000 ha; A natural (primary) forest of 2,200 ha; A 250-ha managed forest; A rubber plant; A surprising guest house in ruins; the majestic tree of authenticity, over three centuries old where the kings of Belgians passing through the resort rested; Yangambi Experimental Agronomic Station which offers a unique opportunity to visit some of rare animal species that got extinct: the Tarantula and the dog-faced fruit bat and rare living species such as the recently discovered panda bat.

DR Congo Overland Trip: How does it work?

To ensure guests feel the real taste of Congo’s local life, we prefer to keep trip overland and through water. In some cases, and on request, we may use flight for some distances mainly when one don’t have enough time to stay long in Congo. This also aims at minimizing budget while expanding the exploring and discovering list throughout the way.

This post is delivered to you by Congo Local Guides. For more information on travel tours in DR Congo please visit their website.