The Bugum Chugu Fire Festival in Northern Ghana Fire is one of the most important holidays among people of Dagbon, but is well known also among Gonja, Mamprusi and Nanumba, all living in the Northern part of Ghana. It is celebrated at the beginning of every lunar year and therefore signifies the beginning of the New Year. In Dagbani language, fire festival is called “Bugum Chugu”.

The first month of so-called Dagomba calendar is called “Bugum Goli” (month of fire). Last “Bugum Chugu” took place on 23th of October 2015. If you travel around Northern Ghana just when fire festival takes place, you should observe, or, if you dare, join the crowd on the streets and experience how exciting and crazy can this festival be! 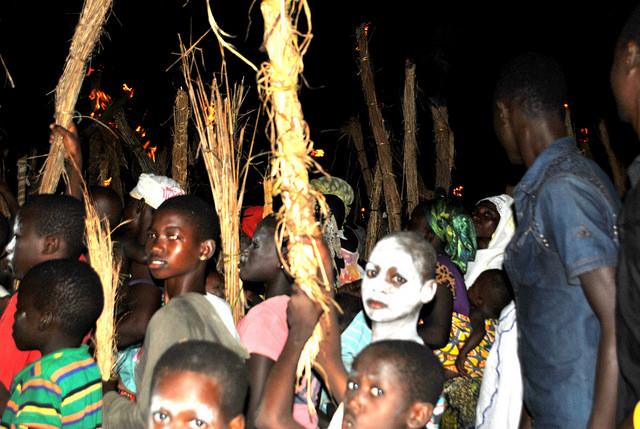 The fire festival among Dagomba people in Dagbon was celebrated before the advent of Islam. Therefore doesn’t have much do to with Islam, although nowadays both Muslims and traditional believers celebrate it. The story of the festival’s origin goes like this:

Once, there lived a king of Dagbon who had a son. One night, this prince went missing. The whole community went out looking for him that night, holding torches in order to light the way. When they finally found him deeply asleep under the tree, they immediately took him back to his parents palace.

Prince’s parents decided to name that tree as an evil tree, since they consider the tree as the one that hide their son. Later on, everybody who helped to look for the prince, threw his torch at the evil tree in order to shame it. The king announced that day to be celebrated every following year to commemorate this event.

After so many centuries, the way of celebrating the fire festival hasn’t changed much, but nowadays, most of the people who celebrate it don’t know its origins. People in Northern Ghana celebrate it as the beginning of the New Year and to honour their ancestors. Every community, village or part of the village gather in groups to celebrate the upcoming year. The main festival takes place in central town.

The ceremony starts in the evening, after dinner around 8 pm. Small preparations, like collecting dry grass to use it as torches, start earlier. Before the whole community gather to celebrate, families have dinner. Traditionally, family heads have to offer some of the prepared food to their departed ancestors and pray for good health and prosperity during the upcoming year. 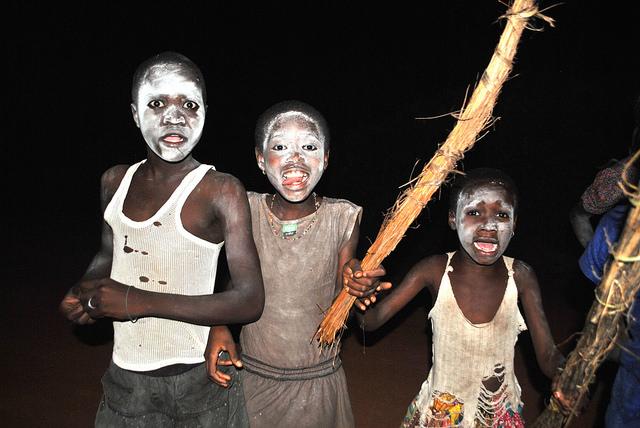 After these rituals, people gather in front of the chief’s palace. The opening of actual ceremony is announced by traditional drumming. Everybody presented should have his bunch of grass prepared. The chief lights his torch first and circles it round his head seven times while calling on his ancestors to bless the upcoming year. Then he throws away the torch and everybody lights his torch.

The crowd then moves from the chief’s palace and walks all the way to the ending point of the procession. Some people, especially kids and teenagers, apply white powder to their faces and bodies. As one of the Dagomba man informed me, this is a sign of happiness, but more likely a dress-code of warriors.

Communities out of the town like to dress as warriors, brandish guns and singing war songs as if they are going to war. Boys like to shut their guns in the air, drag machetes across the ground and raise torches. 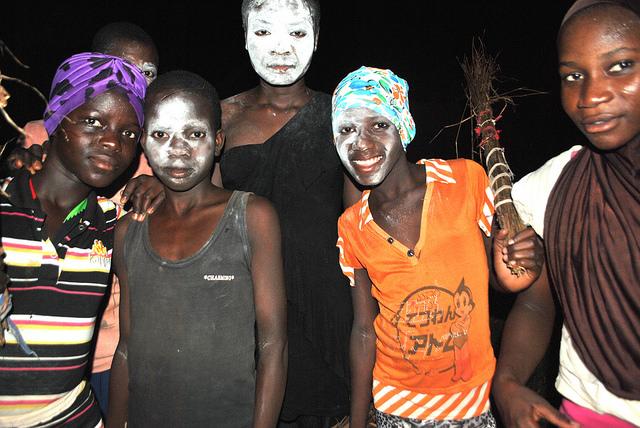 The atmosphere is actually highly war- or riot-like and could sometimes be even unsafe for participants. For this reason, the celebration was even banned by the Regional Security Council in Tamale.

When the crowd reaches a chosen “evil tree” outside the community that signifies the final point of the procession, people holding torches have to throw their torches into the tree, while reciting the names of their ancestors. Afterwards, they march back to chief’s palace where they dance in a circle and in this way close the ceremony. 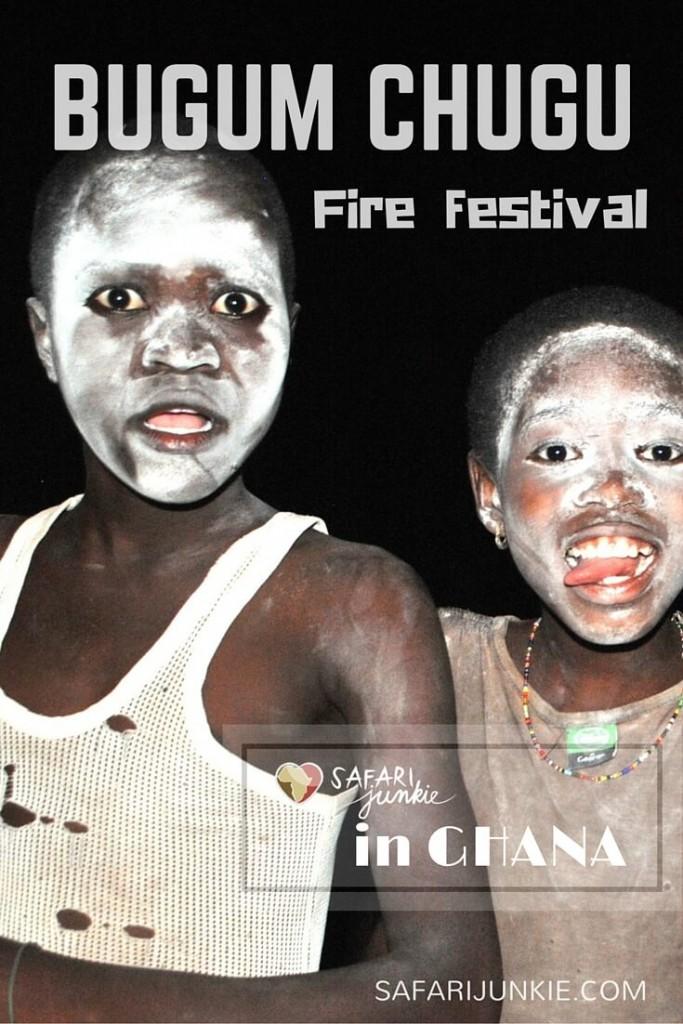